Canada’s Border Strike May Cause Delays For American Travelers

Just days ahead of Canada reopening up to vaccinated Americans, nearly 9,000 Canada Border Services Agency employees are going on strike. The Union has warned this could cause delays for travelers entering the country as front-line agents scale back the amount of work conducted.

The Public Service Alliance of Canada, the union that represents more than 9,000 Canada Border Service Agency employees along with the Customs and Immigration Union, served a strike notice to the Canadian government on Tuesday that began at 6 a.m. today.

“We truly hoped we wouldn’t be forced to take strike action, but we’ve exhausted every other avenue to reach a fair contract with the government,” said Chris Aylward, Public Service Alliance of Canada national president.

“Treasury Board and CBSA have been clear they aren’t prepared to address critical workplace issues at CBSA at the bargaining table.”

The workers are seeking a new contract that includes better protections against what they say is a toxic workplace culture and greater parity with other law enforcement agencies across Canada, among other demands.

Union members and border officers have been without a contract since June 2018.

How Will This Impact Travelers?

As many people who staff border crossings could be deemed essential workers, a strike doesn’t necessarily mean that border traffic will come to a complete stop.

The strike, at least at first, will be referred to as a ‘work-to-rule strike’ at all airports, land borders, commercial shipping ports, postal facilities, and headquarters.

“There will be no picket lines, everybody will be in the workplace, and what that means is we’ll be doing our job to the letter of the law,” said Richard Savage, first national vice president for the Customs and Immigration Union.

“We, as border officers, administer over 97 different laws and acts of Canada. We routinely, maybe not ignore, but we push aside certain things that may not have the importance, you know, at the time, to allow for the borders to function smoothly. So, if we work to rule, it’s going to result in significant delays to both the traveling public as well as to the commercial stream.”

This means American travelers can expect higher scrutiny at the border, which is likely to cause delays. The strike’s impact was already felt today as trucks faced long lines and delays while trying to cross the border.

When the border reopens to American travelers on Monday, who already need to show proof of vaccination through the ArrivanCAN App as well as a negative Covid-19 test, the delays are only likely to get worse.

If they can’t come to an agreement with the government, Savage said they might move to a strategic strike at certain airports or land borders.

“We’re in this for the long haul, our members are tired and are sick of a lack of respect that the employer and the government is showing our members after we’ve worked diligently without a contract for the last three years,” Savage said.

“The ball is in the government’s hands right now. We’re hoping that a deal can be reached, but if not, we’re prepared for the long term.”

If the strike continues, it could cause problems for Canada’s reopening plan, as the country plans to open up its borders to citizens of other countries as of Sept. 7.

What American Tourists Will Need To Enter Canada On Monday 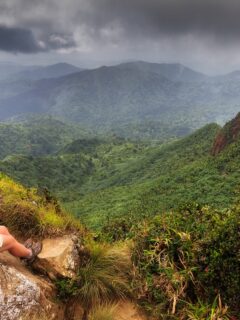 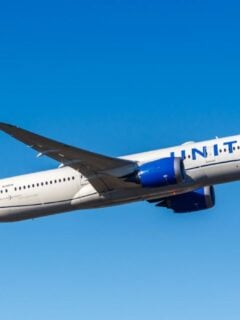 Next
United Become First U.S. Airline That Requires All Staff To Be Fully Vaccinated
Click here to cancel reply.