Airlines are ramping up flights to new destinations around the world, and Canadian airlines are no different.

This week, the major Canada-based airlines WestJet and Air Transat announced the launch of some inaugural nonstop routes to European destinations. The new flights include services to Rome, Amsterdam, and London’s Gatwick International Airport. We’ve got all the information for you below.

Are you living in western Canada and dreaming of Italy this summer? If so, you’ll be happy to hear that WestJet’s home city of Calgary is now better connected to Europe with the launch of the new flight route between Calgary and Rome on Saturday, May 7th.

The route was originally scheduled to launch in May of 2020 but was suspended due to the pandemic.

“With its rich history and culture, it is no surprise that our guests are eager to visit Rome. We are thrilled to provide Western Canadians with increased connectivity to this incredible city. We are also excited to bring guests from Rome to visit Canada and assist with the recovery of Canada’s vital tourism industry,” said Angela Avery, WestJet’s Executive Vice President of External Affairs at the launch of the new flight.

At this time, nonstop flights between the two destinations are available two times per week. You can check WestJet’s homepage for more details.

Italy has also been dropping some of its entry requirements for travelers, so visiting the country is much easier than its been compared to the previous two years.

Just in time for the summer tourist season (and due to traveler demand), Air Transat has launched a new direct flight service between Montreal and Amsterdam.

This inaugural route on the popular vacation airline is the first of its kind in Canada, with Air Transat being the only Canadian-based passenger flight carrier to offer nonstop service to these two destinations.

Flights will operate on a new, more eco-friendly plane – the new-generation Airbus A321neoLR, which is 15% more fuel-efficient than other passenger carriers.

This new flight launch means that Air Transat now offers nonstop services from Toronto and Montreal to the Dutch capital city. Flights will operate three times per week, and are currently scheduled until mid-October in accordance with the high travel season.

The airline also launched another inaugural flight route this week between Quebec City (YQB) and London’s Gatwick Airport (LGW), with direct weekly flights available until late September on the airline. This new route marks the second direct connection between Quebec City and Europe on Air Transat, the other one being QC City to Paris, France.

The Canadian vacation airline is also set to relaunch 25 of its routes to Europe by June 2022. Air Transat currently offers six flight routes between Canada and Europe.

With the gradual restart for summer 2022, Air Transat will provide flight services to 15 destinations throughout Europe from Toronto Pearson Airport. Destinations will include Dublin, Lisbon, Glasgow, Zagreb, and more.

16 European destinations will also be available from Montreal, including nonstop flights to Athens, Brussels, Madrid, as well as a number of destinations throughout France.

On top of the resumption of international routes to Europe from Canada, ultra-low-cost carrier Swoop has launched its first-ever service from Hamilton to New Brunswick. Flights are currently scheduled four times per week for summer 2022.

This new route is one of 11 inaugural routes that will be available on Swoop to Canada’s East Coast, in an effort to boost tourism to the region after an over two-year closure. 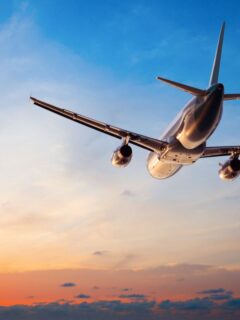 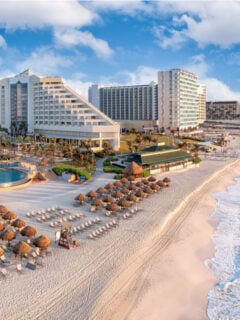 and the vaccinated can still be infected and super spreaders (ie, 37 people infected at Wash DC press dinner, even though everyone had to be fully vaccinated)

if they are so concerned, then offer rapid, inexpensive Test on Arrival.

so when is Canada going to drop vaccine requirement which violates freedom to travel and human rights ???