Canadians With Mixed Vaccines Fear They Will Banned From U.S.

With the US reopening for International travel in November, and their declaration that all forgiven arrivals will need to show proof of vaccination to enter, concerns are growing for Canadians with mixed vaccines.

Millions of Canadians received mixed vaccines, but the World Health Organization does not recognize this as being fully vaccinated.

This post will look at what we know about the new vaccination entry requirements for the U.S. and how it might impact Canadians with mixed vaccines.

How Many Canadians Have Mixed Vaccines?

Canada is one of the very few countries in the world that approved mixed vaccines for such a large number of its citizens. At least 3.88 million fully vaccinated Canadians received mixed vaccines, not including mixed vaccine data from Quebec.

In addition, around 1.5 million Canadians received a first dose of Oxford-AstraZeneca, which is not on the list of approved vaccines in many places.

“The problem we have here in Canada is that we’re one of the few places in the world that have really done this in any significant way, and Canada is a tiny travel market compared to the whole world” said Richard Vanderlubbe, director of the Association of Canadian Travel Agencies (ACTA).

Canadians Will Need To Be Vaccinated To Enter U.S.

As of November, the U.S will require vaccination for all foreign arrivals come November.

A spokesperson for the CDC told Reuters on Friday that the USA will follow the WHO’s advice for which vaccines will be accepted in November. Right now, there are six vaccines on its approved list, which does not include mixed vaccines.

Official rules and advice on if mixed vaccines will be allowed (along with all other new entry rules) are expected from U.S. authorities within the next few days/weeks, as airlines will need time to organize and comply before November.

CBC News asked the CDC if the millions of Canadians with mixed vaccines will still be allowed to fly to the country when the vaccine requirement kicks in and they said it’s in the “regulatory process” phase in determining which vaccines will be accepted.

Canadians have been able to fly into the U.S. during the entire pandemic, so a decision not to accept mixed vaccines will effectively shut out millions of Canadians.

Some provinces, including Alberta and Quebec, announced that they would offer a third shot to people whose vaccines weren’t recognized internationally.

Some Cruise Lines Accept Mixed Vaccines According to CDC Guidance

The CDC has clarified its position regarding mixed vaccinations for guests sailing from the U.S. and provided updated guidance to Royal Caribbean.

“For sailings departing from the U.S., the CDC will now recognize a mixed series of mRNA vaccines as fully vaccinated (e.g., 1 shot of Pfizer with 1 shot of Moderna, in any order).

Guests whose two-shot regimen consists only of 1 mRNA dose with 1 AstraZeneca dose will not be considered vaccinated. We continue to encourage the CDC and other U.S. government officials to re-evaluate this policy.”

Canadian Government In Talks With Other Countries To Allow Mixed Vaccines

Canada’s chief public health officer Dr. Theresa Tam said that the government has been in talks with other countries about allowing mixed dose vaccines, including the U.S.

She said that Canada has presented information to the U.S. on the efficiency and safety of mixed vaccine doses, particularly for an AstraZeneca dose followed by an mRNA vaccine dose.

“We are hard at it,” Tam said. “We are waiting anxiously to see what they will be doing at their end but let’s just say we have left no stone unturned to advocate for the vaccine schedules here.”

Tam said that officials have also been in contact with other sun destinations and European countries. That includes the U.K., which now recognizes mixed dose schedules as fully vaccinated.

Tam said more than a dozen countries in Europe use a mixed series of vaccines just like Canada and that vaccination status being recognized “shouldn’t be a problem.” However, she said travelers should check with the destination country for their COVID-19 vaccine requirements.

Countries That Have Reopened For Canadian Tourists

U.S. Has Issued ‘Do Not Travel’ Advisories For 15 Caribbean Countries 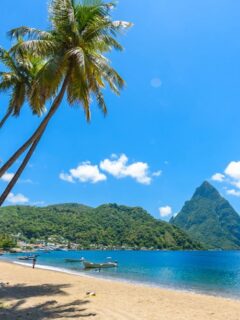 Previous
U.S. Has Issued 'Do Not Travel' Advisories For 15 Caribbean Countries 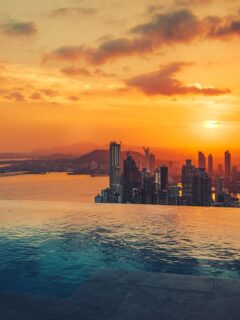 Next
Top 6 Places To Visit In Panama
Click here to cancel reply.

Canadians got what they voted for.

We will not comply

lol. so they put themselves at risk, and even then...

Will the pharma companies allow the regulatory agencies to re-write the prescriptions and go freestyle? I think they would fight that. Line-up for more jabs, you Canadian ants. Trudeau ironically caught in the same net he laid for people with natural immunity, as he is mixed. Enjoyable to see.