The luxury cruise line closed its US offices and got an arrest warrant for $4.6 million in unpaid fuel bills

The luxury cruise line Crystal Cruises recently shot down, unexpectedly, owing customers and travel agents over $100 million. Those who paid for upcoming routes expect to get their money back, but it is not certain if the company will be able to reimburse them all.

Last week, Crystal Cruises announced the closure of its offices in Miami, and 238 employers onshore were laid off, right after two of its vessels—Crystal Symphony and the Crystal Serenity— were seized by authorities in the Bahamas for a warrant of over $4.6 million in unpaid fuel bills related to parent company Genting Hong Kong Ltd.

Right when CDC lowered its warning level for cruises and the industry seemed to be picking up, the awarded luxury cruise line is closing down. “Unfortunately, this is the end of Crystal Cruises and we don’t know what is going to happen in the future”, declared the captain of Crystal Symphony on a recording shared by the Crew Center on Twitter.

Will customers get their money back?

Former Crystal Cruise president Jack Anderson explained for Bloomberg that the clients who paid for future itineraries by credit card are the most likely to get a refund. Those who paid in cash or for canceled routes in 2020 or 2021 and rearranged funds for new bookings might not get their money back.

The credit funds offered by the company are now worthless, according to Anderson’s declarations, and travel agents who expected 10% to 16% of commissions from packages sold must not count on getting paid: “Ultimately, we ended up with a bank account of zero.”

It is estimated that 75% to 80% of the passengers paid by credit card, so most customers who used Visa, Mastercard, or American Express cards, will get refunds. They must reach out to the credit card companies for reimbursement.

What happened to Crystal Cruises in 2022?

It all went down really fast this year. In January, an arrest warrant was issued after Peninsula Petroleum Far East sued Crystal Cruises and Star Cruises—both owned by Genting Hong Kong— for $4.6 million in unpaid fuel bills.

After this, two Crystal Cruises’ vessels diverted to the Bahamas: the Crystal Symphony and the Crystal Serenity. Only crew members were on board by the time the authorities reached the vessels, all passengers were left in Bimini island.

Travelers were expecting to go back to California on their luxury cruise, and instead found their luggage “dumped everywhere” according to the information shared by a Twitter user.

The Crystal Endeavor, another Crystal Cruises ship, was also seized in Ushuaia, South America, right after finishing its 19 days route, and passengers disembarked as planned. The vessel then headed to Montevideo where authorities were expecting its arrival. 80 crew members were repatriated but other 120 were left aboard, and about 300 to 400 crew members were left in the Bahama vessels.

Right after the vessel’s incident, Crystal Cruise shot down operations in the US and let go of all employees. The cruise line was deserted by its parent company Genting Hong Kong Ltd, who had been providing an allowance to Crystal Cruises since the beginning of the pandemic in March 2020, until they unexpectedly filed to finish a few weeks ago.

Jack Andersen said: “Genting HK effectively washed their hands of Crystal when they filed liquidation in Bermuda”. This happened days after Genting Hong Kong announced the restructuring of the company, but assured in internal communications that Crystal Cruise will not be affected.

The information is still building up and, within the following days, more details will be clarified. “What occurred minute by minute over the last two weeks could fill a book,” said Andersen in recent declarations, still overwhelmed. 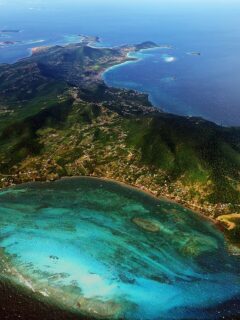