Delta is cutting another ten regional routes across the country, in the latest batch of flight overhauls.

The past two years have seen tremendous disruption in the flight industry, and as the carriers move into a recovery phase, the selective cutbacks are becoming more frequent. Delta in this case dropped 9 regional flights and one international route.

The domestic routes being discontinued are as follows:

The International route in this case is Boston to Bermuda.

Only last week, the Atlanta based carrier announced the removal of seven other routes, and even dropped three cities from its network completely.

The major changes happening across the industry are multifaceted. Airlines are building their base routes back from almost nothing, and with smaller routes not receiving as much traffic as the major hubs, they are generally the first casualties.

Other airlines, like American and United have cited staff shortages, and even plane shortages. American cancelled several international routes already, blaming a lack of planes.

It’s unclear as to whether or not any of the cancelled routes will make a return. As the Christmas season ups its gears, many of the regional airports and their customers may feel a little more isolated. Over 100 million people are expected to be traveling over the Christmas and New Year period – approaching pre-pandemic levels.

But it’s not all doom and gloom for Delta, who have also added five domestic flights to regional summer destinations. The five flights are all from New York/ LaGuardia, with most being operated by Delta’s regional affiliates like Republic Airways and Endeavor.

The five routes being added are as follows:

The routes are all built on popular tourist spots for the summer time, with the two North Carolina routes offering a beach town and mountain getaway with Wilmington and Asheville, respectively.

As the Christmas season moves into full swing, passengers may be nervous that a similar situation to earlier in the year may occur, when mass cancellations left thousands of passengers stranded on Halloween weekend.

With pilot shortages being linked to many of the new route closures, and the potential for bad weather much higher, especially in the North, the season will be a test of all the airline’s preparations.

And this doesn’t even take into account the prospect of any new developments with the Omicron variant. Cases have appeared in virtually every state in the country, and many are worried the mass travel could be the start of another winter wave.

No new restrictions have been put in place as of yet, but passengers are strongly advised to keep up to date with nay new developments.

Where You Can Fly This Winter Under 3 Hours, For Less Than $100 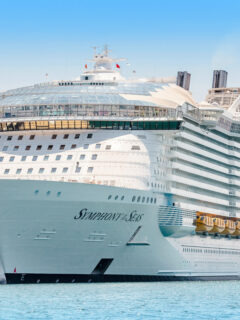 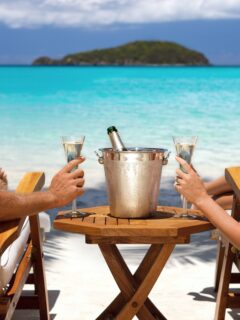