Royal Caribbean were forced to make an unfortunate announcement today, as they reported 44 COVID cases on their ship Symphony of the Seas.

The ship currently has its home port in Miami, Florida. According to the company, future schedules are not being affected in any way.

Haunting memories of the early days of the pandemic are conjured by the news, when cruise ships were one of the first documented instances of super-spreader events back in 2020. In several instances, passengers on cruise ships were forced to remain on board while the boat was docked.

This was not the case this time, but the conflicting reports from passengers and the line itself suggest some systematic problems, at the very least within that specific ship.

Symphony of the Seas left Miami on December 11th and visited St. Maarten, St. Thomas, and Royal Caribbean’s private island, Perfect Day at Coco Bay. There is no information surrounding any possible exposures at these locations.

The ship left port with over 6000 on board, and a reported 95% vaccination rate. According to Royal Caribbean’s health regulations, all passengers over 12 must be vaccinated and tested to sail. Those under 12 must be tested. Passengers are then tested again as they disembark. With 44 confirmed cases, the figure represents a 0.72% of the total population on board. 98% of the positive cases were vaccinated.

In the same statement, the spokesperson said “Everyone who tested positive is asymptomatic, and we continually monitored their health. Six guests were disembarked earlier in the cruise and transported home. The remaining guests received assistance today upon our arrival”.

At this point, the full understanding of the process on board becomes unclear, as passengers disputed the statement.

Some statements from passengers suggest that medial staff on board the ship were overwhelmed. One couple from Orlando, who were on board with twelve family members, noted that their aunt developed a severe cough, felt very ill, and tested positive after waiting four hours for a test. They claim she only received oxygen and a temperature test, as the staff were too busy with other problems. She was quarantined and not checked on until the following day.

The couple self isolated before being told they could leave, and attend crowded events on board, despite spending time in close contact with their aunt, and other COVID positive family members. They claim that other family members were given positive test results, then hours later told they were negative and it was in fact another family member that had the positive result.

More information is expected to emerge over the coming days, allowing clarification as to how the outbreak was dealt with on the cruiser ship. The passengers on board were told that an individual on a previous sailing had tested positive for the Omicron variant. It is not immediately clear if the larger outbreak was related to Omicron at this time.

The ship has already set sail on a trip to Mexico. 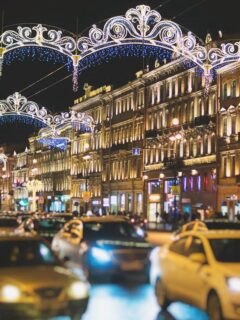 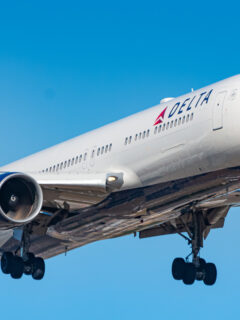 Wow 44 people got a asymptomatic cold Let's shut down all cruises.

Is the "WHO" working tightly with all these Cruise line companies??

It's just too coincidental no? Massive protests all over Europe, and Australia... Millions of crowded people, (nothing about it in MSM)

Yet, every time there's an outbreak, It's on some cruise line. Brought you by the MSM, in no-time.

@Ricko, the protests in Europe are not massive, it's just a minority that apparently feels the need to demonstrate against the corona restrictions/the government. Thank god most people have better things to do.