Delta Airlines has recently made several changes to its fare conditions, such as removing perks from the airline’s cheapest fare type, Basic Economy. The move could significantly change the booking habits of the customers of Delta, with other fare types now potentially appearing to be better value for money for those who are interested in perks such as SkyMiles, Delta’s own frequent flier program or the ability to purchase add ons or upgrades.

On top of their recent fare condition changes, Delta has also announced a new international route, resurrecting a route to Europe that the airline used to fly several years ago. Here’s everything that you should know about the airline’s changes to its fare types, what it means for travelers flying on Delta plus a look at the new route the airline has just added to its 2022 schedule.

Delta’s fare types come under five distinct classes – Basic Economy, Main Cabin, Comfort+, First/Premium Select and Delta One. Delta’s cheapest fare class is Basic Economy and, as is to be expected with such classes, it offers travelers the chance to travel from point A to point B for a lower price at the expense of other comforts, from practical sacrifices such as leg space to the on board experience during flights.

However, whilst Basic Economy might have been worth it for its low prices, changes are afoot that will make the already no-thrills flying option even less value for money. The changes will see Basic Economy fares for flights booked for after January 1st, 2022, no longer contribute towards Delta’s SkyMiles frequent-flyer program or towards gaining the elite Medallion status – changes that are bound to make travelers think twice about booking the cheap seats the next time they fly Delta.

The change makes Delta the first airline in the US not to allow passengers to collect frequent flier miles on an economy flight ticket. Whilst two of Delta’s main competitors, American and United, limit the contribution of economy fare tickets towards status – like one of the changes Delta is implementing – they still allow the fare to contribute towards frequent flier programs. News of the changes has generated an angry reaction on social media.

Delta is also starting to make amendments to its flight changing policies, which were relaxed in the wake of the pandemic. The changes have brought some good news to those with Basic Economy tickets, as they will now be able to cancel their tickets for partial credit. Whilst it’s not an ideal solution, it is something that hasn’t existed before with Delta. Cancellation fees for travel within the U.S. and Canada or from the U.S. and Canada to Mexico, Central America or the Caribbean are $99, and $199 for all other international flights.

“Basic Economy fares were designed for those who prioritize price, and we know that even our most price-conscious customers value flexibility. Those who need to cancel their Basic Economy trip will be able to conveniently adjust their plans through delta.com or the Fly Delta app and may apply a portion of the canceled ticket value to their future travel.”

Meanwhile, the airline has also added a new route to Europe, becoming the latest in a growing list of US airlines that have announced route expansions. The new route will see daily flights between New York’s John F. Kennedy International Airport (JFK) to Stockholm’s Arlanda Airport (ARN), starting from June 1st. The addition means that Delta will be flying to a total of 20 destinations in Europe next year.

The Top 9 Christmas Markets In The U.S. To Visit This Holiday Season 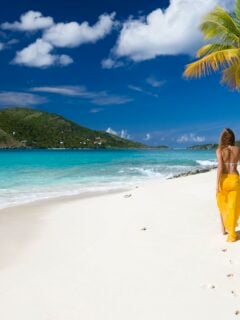 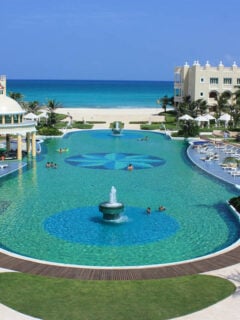 Next
Expect Crowds In Cancun This Winter As Occupancy Reaches 100 Percent
Click here to cancel reply.