Soon enough, tourists won’t have to spend millions of dollars to visit the moon, or even spend the night there (at least figuratively). A huge moon-shaped resort is coming soon to Dubai, and judging by the project’s infrastructure and its eye-watering budget, guests expect luxury at the highest level, as is customary when it comes to the UAE.

Although it is part of the United Arab Emirates, Dubai is a global city attracting millions of investors and curious visitors every year. They are drawn to the city’s high tech skyscrapers, monumental shopping centers, multiple leisure activities, and of course, its host of luxury resorts rank as some of the most incredible in the world.

It is also a fairly young city, having developed quickly as a financial center only in the early 21st century, and it continues to expand as a major destination with each passing year:

Choosing the right accommodation in Dubai is of paramount importance to enjoy the emirate to the fullest. The emirate is synonymous with opulence, being home to an extensive list of modern landmarks that are among mankind’s biggest architectural achievements, such the glittery Burj Khalifa building, the tallest structure ever built.

However, this is a unique city in the sense that it is changing rapidly, having been established as a Middle Eastern giant only in the mid-seventies. Previously, it held the status of a minor port at best (look at it now). For that reason, each visit is different, as the city continues to evolve as a global hub and morph into new, creative forms.

Soon enough, yet another building will alter Dubai’s skyscraper-riddled cityscape permanently. A new moon-shaped mega resort is being built at an initial cost of $5 billion, and it won’t simply look like a massive, indented round mass from the outside, either: staying here will be an immersive, out of the world experience.

What Can Future Guests Expect?

Headed by Canadian architectural company Moon World Resorts, the Dubai Moon, as we’re dubbing it, aims to offer space-loving tourists the closest possible experience to an interstellar adventure. Walking the resort’s lunar-like surface, titled the ‘lunar colony’, guests will have the sensation of walking on the Moon (except they’re still bound by gravity, or so we’re presuming).

As for infrastructure, a total of 300 private boutique residences are being constructed inside the main complex, namely the disc-shaped wonder itself. These are known as ‘sky villas’ and they are expected to see the higher fees once the resort opens, mainly for their unique location and the endless list of amenities included.

While more precise details are lacking, after all, the project is still in its early days and it will take two years until it is completed, sky villa residents will have access to a private members’ club inside the property and other perks. Others opting for lower fares – we’re afraid even those won’t necessarily fit the ‘budget‘ category – tourists will also be able to enjoy:

You can see a model for the moon shuttle below:

When Will It Open For Bookings?

The resort is set to open sometime in 2025 and it can ‘comfortably’ accommodate ‘at least’ 2.5 million visitors, though the original report does not mention a specific timespan, whether it’s over a six-month period or a year. We’re sure you’re also wondering about this, but Moon World Resorts has not confirmed a zero gravity experience is a planned attraction.

This is Dubai we’re talking about, though, and conventional rules don’t apply here.

When completed, the structure should have over 735 feet in height, joining the ever-expanding list of sky-high monuments that are now Dubai’s most iconic features. Co-founding architects Sandra G. Matthews and Michael R. Henderson have stated they want to ‘firmly plant the UAE flag into the forefront of space exploration‘.

They expect the mega resort to ‘double’ annual tourism numbers in Dubai, already one of the fastest-recovering destinations in the world. Additionally, Matthews and Henderson confirmed there are plans to build ‘up to four’ similar ‘moons’ in the Middle East, and the wider Asia over the next decade.

Of course, expansion depends on how successful the original resort is.

5 Countries Are Being Considered For New Moon Resorts

According to Henderson, these moons could be coming to any of the countries below:

While 2.5 million is the official visitation estimate, the architects have pondered the number ‘could easily swell to around 10 million‘, as more travelers seek to experience ‘affordable space tourism‘, coupled with the city’s world-famous affluence. As of now, price estimates have not been given.

We don’t know about you, but this might convince us to finally book one of those extended layovers in Dubai…

Find out more about the colossal, historical project watching the video below: 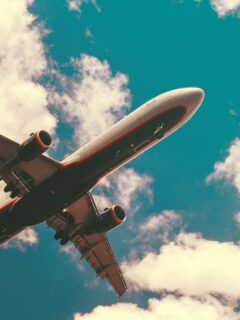 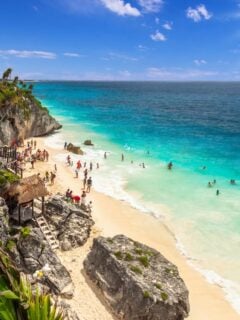 Why can't the US do something this extravagant? This looks amazing.