In a continent still plagued by Covid curbs, Ecuador has decided to take the long-anticipated step to drop all travel restrictions and return to normal for the first time since the health crisis was declared. With immediate effect, all foreigners are once again welcome in the country, irrespective of their immunization status.

While the overly conservative Europe has torn down its last defensive walls following Spain’s lifting of all health measures at the border, the Global South has remained staunchly opposed to following any such move. This is, at the very least ironic, seeing that, in the early stages of the crisis, it was one of the most tourist-friendly regions to travel to.

At last, it seems more countries in South America are catching up with Europe, Canada, and the like, with Ecuador being the latest to uphold free movement:

Seven months after Argentina set a precedent, and less than two weeks after Guyana did the same, Ecuador has become the third South American country to reinstate pre-pandemic normality for international travel. Starting this season, travelers are no longer required to present Covid health certificates landing in the country.

The news was shared by Mr. Juan Zapata, speaking for the ‘Emergency Operations Committee’ established by the Ministry of Health. As he stated himself, American tourists, and in fact any foreigners, will no longer be subject to health screening arriving in mainland Ecuador and its offshore Galápagos archipelago.

Since October 20, the following applies to all Americans and international visitors in Ecuador, vaccinated or unvaccinated:

Offering his own comment on the decision, Mr. Zapata’s colleague, Mr. Francisco Pérez, Undersecretary of National Health Surveillance, noted there’s been a ‘decrease’ in the number of positive cases and subsequent deaths in the last nine weeks: ‘only the province of Los Ríos has seen an increase in infection, though that is minimal‘.

Indeed, Covid rates across Ecuador have remained stable. Although websites like Our World in Data and Reuters no longer compile data on Covid infections, having abandoned the practice as far back as July, more recent stats make it clear both cases and deaths are dropping consistently. Thus, there is no longer a need to treat the virus as an emergency.

Indicating Ecuador is preparing to move forward from the pandemic, Mr. Zapata revealed during the Committee meeting held on October 19, ahead of the decision, that the entity should now be dissolved ‘permanently.’ The Committee has overseen the introduction of health measures, including mandatory mask-wearing and border closures, since early 2020.

Whether that means the official declaration of Covid as an endemic pathogen, Vice President Alfredo Borrero stepped in to announce these measures imply that Ecuador is ‘experiencing a new normal’, and that is why they are ‘virtually removing all restrictions’. Now, they join a select list of Latin American countries that have ceased enforcing Covid rules.

Is Ecuador Worth Visiting?

Ecuador is one of the trendiest countries in South America right now, mostly due to its pristine nature. Boasting a dramatic Pacific Coast with sandy beaches and being home to the westernmost reaches of the Amazon Forest, it enjoys a tropical climate all year round and is an ideal destination for both adventure seekers and beach bums looking to relax.

Additionally, its capital city of Quito has a nearly intact Spanish colonial Old Town, dating back to the 16th century and featuring several eye-catching monuments, such as the impossibly grandiose Basilica del Voto Nacional. The country as a whole is packed with other landmark cathedrals, imperial palaces, and charming colonial settlements like Cuenca.

Year-round direct flights to Quito from the United States are available from Miami, Atlanta, Fort Lauderdale, and Houston. Americans can travel to Ecuador visa-free for up to 90 days, though they are reminded passports must have a minimum of six months validity left from the date of entry, or else they may face issues traveling. 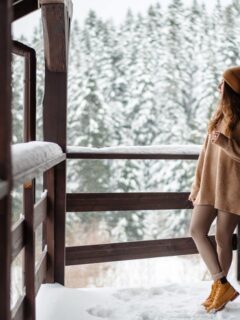 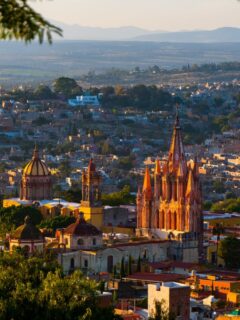 Next
Why More Americans Than Ever Are Permanently Moving to Mexico
Click here to cancel reply.