Why More Americans Than Ever Are Permanently Moving to Mexico

More Americans than ever before are permanently relocating to Mexico. According to a report from moving company HireAHelper, Mexico is the number one destination for Americans moving abroad. In 2021, some 16,000 Americans moved to Mexico, and that number just continues to rise year over year.

Some estimates suggest that over one million Americans are living in Mexico.

Mexico beats out the United Kingdom, Canada, Australia, and Spain for relocation destinations, maintaining its spot as the top ex-pat hub for Americans.

So why are so many Americans permanently moving to Mexico?

One of the top reasons that many Americans are moving south is because of the lower cost of living in Mexico.

With skyrocketing inflation and living costs in the United States, many Americans are finding that their dollars go much further in Mexico.

Housing, healthcare, food, and transportation are just a few of the things that are significantly cheaper in Mexico than in the United States.

Because of its affordability, Mexico is popular with everyone, from retirees living on a fixed income to millennials and Gen Zers who are disillusioned with the high costs of home ownership and living in the United States.

It’s possible to live very comfortably in Mexico for half of what a similar lifestyle would cost in the United States.

Many Americans relocate to Mexico to enjoy a higher quality of life.

While Mexico is cheaper than the United States, you don’t have to sacrifice your quality of life or give up the comforts of home to live there.

Life in Mexico affords all the conveniences and comforts that Americans are used to, along with elements that are uniquely Mexican, like a rich heritage, vibrant culture, beautiful beaches, ancient ruins, delicious food, and more.

If you’re looking for a laidback lifestyle where you can surf in the mornings and take a siesta in the afternoon, you can find that in Mexico.

Or, if you want to live in a cosmopolitan city with the best dining, nightlife, museums, and culture at your fingertips, you can do that too.

Despite what you might see on the news, Mexico is also a very safe place to live. Most American ex-pats feel very safe and secure in their communities.

One of the reasons more Americans are moving to Mexico is the increase in remote work.

More Americans than ever have the ability to work remotely, and with many companies allowing employees to work from anywhere, workers are choosing to take advantage of that flexibility and relocate abroad.

Mexico is a logical choice since it’s within the same time zones as the United States and just a short flight away.

It’s also a popular destination for digital nomads, freelancers, and entrepreneurs who have the ability to live anywhere and want to work from a beautiful, affordable part of the world.

How To Relocate To Mexico

Relocating to Mexico is a fairly straightforward process for Americans, making it an attractive option compared to countries with much stricter requirements.

Americans can visit Mexico as a tourist visa-free for up to 180 days. Many people move to Mexico temporarily this way. Snowbirds and retirees also use this option to spend part of the year in Mexico.

In order to permanently relocate to Mexico, Americans will need to apply for a temporary residency visa which allows them to live in Mexico for up to four years. In order to qualify for this visa, you will need to demonstrate an income of approximately $2,100 a month.

After four years, ex-pats can apply for permanent residency in Mexico. 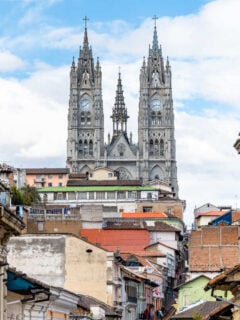 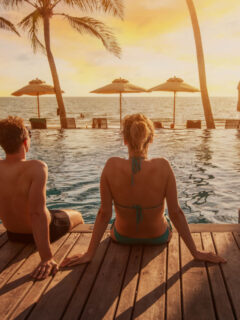 Next
Secrets To Open New All-Inclusive Resorts In Both Tulum and Isla Mujeres
Click here to cancel reply.

I don’t buy any of this! Sorry! Not with the crime rate and drug cartels! Nope!

@Nancy berning, i agree. the only reason to move from US to mexico, is if you can buy a vacation home on the beach and "live" there half the year, which really isn't "moving" to Mexico... the 2nd and primary reason, is if you are a US citizen running from the law or a bad situation. outside of that, US citizens aren't moving to mexico.

Bureaucracy in Mexico is really a turnoff. Why one would go back to the U.S. when one is already in the country and apply directly where one stays? It is stupid!