The digital nomad scene in Mexico City is exploding in popularity, with the city fast becoming one of the fastest growing remote work hubs in the world. The Mexican capital has long since been a favorite destination for vacations for not only Americans, but several other nationalities, and the county’s laid back restrictions made Mexico more popular than ever throughout the pandemic as travelers flocked to destinations that were more normal than new normal.

Yet rather than just visiting for a vacation and leaving after a few weeks, more and more travelers are deciding to stick around. That’s largely thanks to the rise in the popularity of remote working in the wake of the pandemic, with travelers much preferring to work in sunny, cheaper destinations than face tough, soul-destroying commutes and higher costs of living. Here’s a look at how the digital nomad scene in Mexico City has exploded in popularity over the course of the year, why remote workers are picking Mexico over other destinations and the impact it’s having on the country.

The website shows that Mexico City has enjoyed a sizable boost in the number of travelers picking the city to fulfil their remote working needs. The period between 2017 to 2011 saw the number of remote workers in the city rise 192% – a significant total given the challenges posed by the pandemic. The city is currently experiencing an influx of remote workers this year too, with the totals rising 59% compared to the previous year.

Anyone who has been to Mexico City will understand why it’s bringing so many new and existing remote workers to its apartments, coffee shops and scenic squares to work from. On top of the warm welcome, great sunny climate, almost unrivalled Mexican culture, top places to eat and drink and extremely low cost of living compared to many Western cities, Mexico’s attractive visa rules make it the perfect place to work from – far better than the dreary office surroundings that many digital nomads leave behind.

Mexico’s visa rules give travelers from more that 70 countries – including the US, Canada, the UK and the European Union – the possibility to enter the country for up to six months. Compared to other digital nomad destinations, this is a long period of time – more than enough to get settled and work through a project or two. Throw in the fact that the country was amongst the first to completely remove its Covid-19 related entry requirements and restrictions, and it’s a no-brainer for both new and existing remote workers.

Mexico City also boasts impressive internet speeds, essential for remote work, as well as an abundance of remote working spaces in the city. Transportation is cheap, groceries and street food are even cheaper, and nights out on the town are likely far less than the average traveler pays in other large remote working hotspots. Living options are plentiful, with decent hotels available from $650 per month, AirBnB’s for about $800 – or you could look for a private apartment and pay around half that.

However, the matter of accommodation has proven to be a controversial one of late. The influx of remote workers has seen the cost of private rentals shoot up significantly, pricing the locals out of the market and leading to accusations of gentrification from locals in the city. Travelers can help to offset these concerns by reinvesting into the local economy, supporting local businesses and traveling within the country to ensure that every stakeholder involved in remote work – from eateries to independent stores, travel agents to taxi drivers – can flourish together. 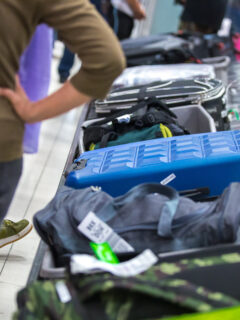 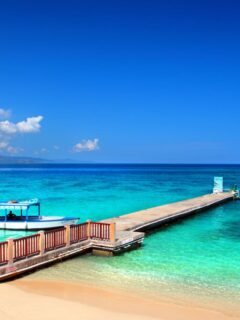 Next
Why Montego Bay Is The Trendiest Destination For 2022
Click here to cancel reply.

Mexicans are not happy with the sudden boom of American expats. I think they will be paying for the border wall after all. Lol