Eight Stunning U.S. Landscapes That Should Be On Your Bucket list

The U.S. boasts an awesome array of magnificent, unspoilt natural landscapes. Feast your eyes on eight of the best.

60% of Alaska’s smallest national park is covered in snow and ice, yet this unfettered wilderness of glaciers, deep fjords and alpine vegetation is home to surprisingly diverse land and sea life. Brown and black bears, gray wolves, moose and sea otters coexist in the harsh terrain, along with whales, harbour seals and 190 species of birds. On the edge of the park lies Harding Icefield, over 713 square miles of ice which in places is up to a mile thick, and the source of over 30 glaciers. A challenging eight mile trek takes you from Exit Glacier to the north edge of the icefield for spectacular views of the glacier and surrounding peaks.

At over 300 feet in diameter and 121 feet deep, Yellowstone’s natural wonder is the largest hot spring in the States, and packs a startling visual punch. The piercing blue 165 degree pool is ringed with vibrant multi-coloured bands of red, yellow, green, and orange. The colours are formed by heat loving bacteria which flourish in the cooler thermal waters surrounding the spring. Follow the boardwalk over the simmering surface. Or for great aerial views, take the half mile long overlook trail, a gentle ascent from Fairy Falls parking lot.

An idyllic chain of tropical islands stretching from the Gulf of Mexico to the Atlantic Ocean, linked by the scenic 113 mile Overseas Highway. The region is home to abundant wildlife including dolphins, sea turtles, osprey, pink ibis and bald eagles. Bask in a utopia of vermillion sunsets, balmy turquoise waters, waving palms and miles of white sugar sand beaches.

This otherworldly sandstone slot canyon in northern Arizona is renowned for its exquisite 120 feet high wave-like rock formations. The geological phenomenon gets its name from the herds of Pronghorned Antelope who once took shelter amidst its towering walls. Shafts of sunlight filter through gaps in the rock ceiling and create atmospheric beams of light on the canyon floor. You’ll need a tour guide to explore the maze of undulating red, pink and orange sandstone corridors, formed over thousands of years by water and wind erosion.

Acadia is a 47,000 acre expanse of granite peaks, verdant forest and remote beaches buffeted by the wild Atlantic Ocean. The majority of the national park falls within Mount Desert Island. Here you’ll find sweeping Cadillac Mountain, at 1,530 feet the highest point on the U.S. eastern seaboard and a popular spot for stargazing and to watch the sunrise. Enjoy miles of scenic roads and hiking trails, and don’t miss Thunder Hole, a tiny coastal inlet where waves up to 40 feet high crash against the rocks to create a dramatic thundering boom.

The tranquil setting of this azure lake edged by sheer cliffs belies its violent conception. Crater Lake is the remnants of a dormant volcano, which erupted and collapsed approximately 7,700 years ago, creating the present day basin. Later eruptions formed Wizard Island and Phantom Ship, two distinctive craggy islands which jut from the smooth surface of the water. At 1943 feet this glorious stretch of vivid blue is the deepest lake in the U.S. and one of the cleanest and clearest on the planet. Rim Road is a 33 mile drive around the lake’s perimeter, with numerous stopping points where you can enjoy fantastic views of the water and its surrounding landscape of tumbling waterfalls, ancient pine forests and dramatic rock formations.

Hawaii’s ancient dormant volcano last erupted 4,600 years ago, and is the tallest sea mountain on earth at 32,696 feet (more than half its height is below the surface of the ocean). Its slopes are home to an impressive biodiversity including alpine stone desert, high altitude woodland and tropical forest. Above the clouds at 9,200 feet you’ll find Mauna Kea’s Visitor Information Station complete with public telescopes for you to enjoy sunsets and stargazing in this perfect dark sky location.

A dramatic landscape of mountains, canyons and groves of giant sequoias, the tallest trees on the planet. Head to the Giant Forest, a rolling plateau in the centre of the park, where you can wander amongst 8,000 mammoth red bark sequoias. Largest of them all is the granddaddy, 2,100 year old General Sherman, which stands an astonishing 275 feet tall and measures a whopping 36 feet at its base.

5 Outdoor Adventures To Have in Olympic National Park 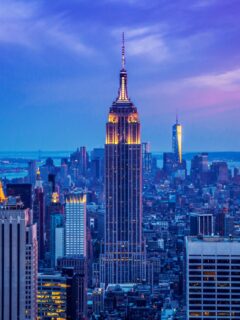 Previous
10 Lesser-Known Things To Do In New York 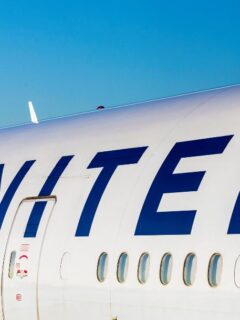