With news emerging this week that the IATA’s travel pass will be ready in a matter of weeks, it’s hard to see a future for travel during the pandemic that doesn’t feature a vaccine passport in one form or another. Yet whilst more and more airlines agree to pilot the IATA’s app, many countries are still hesitant to fully embrace the idea.

The EU – home to four of the top ten most visited countries – has found its leaders divided over the concept of a travel passport. Here’s where they stand on the issue, and what the future might hold.

With several EU states relying on tourists to make up a considerable amount of their GDP, it is of little surprise that some have been calling for vaccine passports more loudly than others. Greece, for whom tourism contributes 25% of its GDP, has led the charge, hoping for some sort of travel pass arrangement to be in place in time for the country to benefit from summer tourism.

Greece is so committed that it has even began to forge its own travel bubbles separately from the EU; it has already created an arrangement with Israel, where vaccinated citizens will be able to move between the two countries, and is also in conversation with the UK about the establishment of a similar situation. Austria is also prepared to break rank, threatening to implement its own vaccine certificate system should the EU not have one in place by spring. The country is reportedly open to allowing travel for those who have Covid-19 immunity due to already contracting the virus, and for those who have been recently tested.

Other EU countries that support the use of a vaccine passport are Spain, Czech Republic, Poland and Slovakia. Some countries in the EU already have a vaccine passport system in place. Hungary has given immunity certificates to its citizens who have either recovered from Covid-19 or been inoculated against it, whilst Denmark and Sweden announced that they were working on vaccine passports at the start of the month.

EU Debate – Who Is Against It?

EU heavyweight Germany are amongst the most vocal critics of the vaccine passport. Chancellor Angela Merkel has doubted their effectiveness, raising the point that first it must be clear whether or not vaccinated people were no longer infectious. She also stated that “As long as the number of those who have been vaccinated is still so much smaller than the number who are waiting for vaccination, the state should not treat the two groups differently.”

France and Belgium share similar concerns about ostracizing significant proportions of the population, worrying that allowing only the immunized to travel would be discriminatory. Romania’s President Klaus Iohannis expressed concerns that vaccine certificates would split Europeans into a two-tiered system – those who have had the vaccine, and those who haven’t.

EU and Vaccine Passports – What Is The Future For Travelers?

Despite concerns from leaders individually, there is room for optimism following talks at the EU summit being held this week. Speaking of the talks, Angela Merkel revealed that there was a consensus about the need for vaccine passports, and that they could be available by summer – but also stressed that their existence “does not mean that only those who have a vaccination passport are allowed to travel.”

Whilst there’s not yet an agreement on what exactly the passports should resemble, EU Commission President Ursula Von der Leyen stated that the EU was working to create a “gateway for interoperability between nations.” Travel to and within the EU just might be possible this summer, a silver lining that many travelers needed. 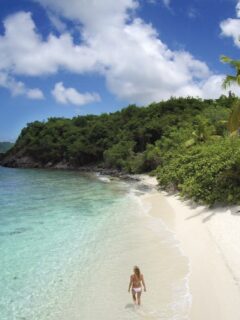 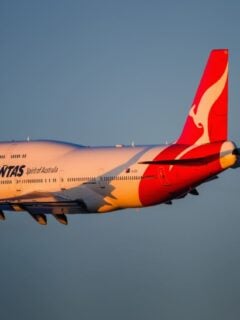 Next
Qantas To Resume International Flights in October
Click here to cancel reply.

You all realize that this passport will not only be used for travel. Later on you will need it to enter gyms, concerts, cinema, shopping malls etc etc.

I agree with Merkel; nobody knows for sure (yet) if vaccinated people can still contaminate others or not. I'd love to travel within Europe but if I would need to be vaccinated it won't be before the end of this year I'm afraid. The vaccination program is superslow here. I'm not planning any foreign trip before 2022...

No to Mrna experimental vaccines. So i guess No Travel for me then

@Tosh, I completely 100% agree with you. Or I will only go to countries not mandating any of this and support their economies. If airlines continue agreeing with human experiments then I will go wherever Freedom Airlines go.

@James, same. If I need it to travel somewhere, then I guess that's a hard no for me. Especially for a flu/virus WHATEVER, that has over 99% survival rate. When people start dropping like flies because of the vaccine and the lawsuits to countries, airlines and politicians start gaining headway...this will all crumble. Those countries mandating it, their economy will tank and they'll be sorry. Just my thoughts. ;)

I dont support this immunity passports. When I read the article i have the feeling it should suggest thats something good.