Everything Americans Need To Know About The New UK Entry Permit

Beginning this year, the UK is reforming its border regime by introducing a new entry permit for foreign nationals. Currently, American citizens can travel to the country without submitting any documentation in advance or applying for a visa, and while they will still be able to visit relatively hassle-free, some new requirements are set to come into force.

Alongside Germany, Italy, and France, the UK is one of the top four destinations for American citizens in Europe due to its incredible History, centuries-old tradition, and, of course, the historical ties that link both countries. For years, all they were required to bring was a passport with at least six months of validity left from the date of departure.

In the coming months, this will slowly begin to change:

What Is The UK Electronic Travel Authorization?

Starting in the first quarter of the year, the United Kingdom will begin rolling out its ETA – Electronic Travel Authorisation (alternatively spelled Authorization) as part of a ‘private beta test’, open to select travelers. Under the new program, nationals of visa-exempt countries, such as the United States and Canada, will be required to obtain an ETA prior to boarding.

Similar to the States’ own ESTA, which applies to UK nationals, and Australia and New Zealand’s ‘Travel Authority’, the new document will serve as a ‘permission to travel’ for non-British and non-Irish citizens seeking entry into Britain. It is important to note it is not a formal visa, being comparable instead to an e-Visa or pre-travel registration form.

The entire procedure is online and should last only a few minutes.

According to the UK Home Office, part of the reason why ETAs are being introduced is the lack of information border authorities have on visitors to the UK and the potential risks they pose. Under the new system, they will be able to immediately turn down foreign applicants who might be a threat to national security, giving the UK ‘more control’ of its borders.

Where Can I Apply For A UK ETA?

The system has not officially launched yet.

While it hasn’t been unveiled and it is still shrouded in secrecy, it is safe to say the ETA will be an online platform where U.S. citizens will be expected to provide their personal data, such as full name, date of birth, passport number, passport validity, email, and address, as well as answering some security questions. At this point, we do not know what the questions are.

Based on the ESTA, issued by the United States to foreigners, they could be expected to provide information on:

Once again, this is merely a guess based on the questions the United States poses to non-American tourists applying for its own ESTA. The UK questionnaire may or may not include the above, though it is certain answering an online questionnaire will be part of the application process, as customary with Travel Authorization programs.

How Much Will The UK ETA Cost?

So far, we do not know how much an ETA will cost, though similar systems adopted by the U.S., Canada, and Australia give us an idea: the American ESTA costs $17 to apply, the Canadian ETA CAN $7 (though U.S. citizens are exempt), and the Australian Travel Authority AUD $20. Additionally, Europe’s soon-to-be-implemented ETIAS will cost roughly $8.

According to the Home Office, details of the scheme, including the fee, ‘will be announced in due course‘.

When Is The System Being Implemented?

The ETA is already operational in some instances, though the official launch does not happen until late 2024. In early 2023 (Q1), a trial is being carried out in order to identify potential errors and ensure the system is operational. Between now and the third quarter (Q3), the following nationals will be required to obtain an ETA prior to travel:

Finally, heading into 2024, the service will slowly expand to include more nationalities until all visa-exempt foreigners are subject to the new rule by the end of next year. The ETA will apply only to tourists who can currently travel visa-free to the UK: those who require a visa will still be expected to submit an application at a British mission in their home country.

Irish citizens are formally exempt from applying for a UK ETA as they enjoy the freedom of movement within the UK as part of an Anglo-Irish treaty.

How Long Will It Take For The UK ETA To Be Issued?

Permits may be issued almost instantly upon completion of the form and payment of the fee, though in some cases, it may take a few days. In order to avoid potential travel disruption, seeing that Americans will not be allowed to travel unless they hold a valid ETA, they are advised to apply at any point in the days leading up to boarding, preferably up to a week earlier.

ETAs can be obtained at any time, even when you do not have immediate travel plans.

What Is The Validity Of The UK ETA, And Where Can It Be Used?

The validity of the permit is yet to be confirmed, but we expect to it to be between two and three years following issuance, in accordance with other ETA schemes worldwide. Holding an ETA, U.S. passport holders will be able to travel freely to any of the four nations comprising the UK, as well as its crown dependencies within the border-free Common Travel Area:

We are not able to confirm at this stage whether ETAs will be required of travelers crossing into Gibraltar, a British territory located on the southern tip of the Iberian Peninsula, bordering Spain, but more information should be published soon on the Home Office’s official website. 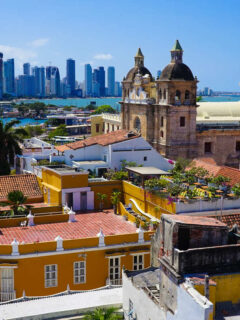 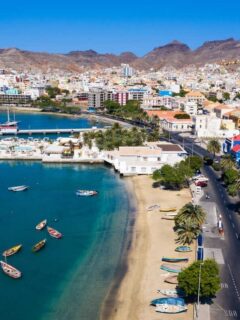 Next
Top 3 Digital Nomad Visas You Can Qualify For Making Less Than $2000 A Month
Click here to cancel reply.

Please send me all information regarding the ETA for travel to the UK. Thank you.

The Australian ETA for tourist purposes has existed for over 20 years now, lasts for one year and has always been free of cost...only in other contexts a fee applied....