These Are The Cheapest Tourist Destinations In South America For 2023

The world is once again open for tourism, but on the downside, the surging demand for travel, coupled with a financial crisis, has led to price increases across the board. With Europe and the Caribbean out of the question for millions of middle-income tourists, all eyes are on a much more affordable South America instead.

But which destinations in the continent are truly cheap to visit, and which ones are best avoided?

South America Is Filled With Wonders, And It’s Cheaper To Explore Than The U.S.

Although it is often mistaken for a homogenous Spanish/Portuguese-speaking group, South American (SA) countries comprise an incredibly vast territory stretching from the glacial tip of Argentina to Colombia’s northwesternmost Caribbean Coast, which is as geographically diverse as it is multicultural. In fact, ‘diverse’ doesn’t even begin to cover it:

Whether they’re looking for beaches, off-grid travel (one of the top five travel trends for 2023), off-path locations yet to be ruined by mass tourism, or natural world experiences, American globetrotters will be spoiled for choice, irrespective of personal preferences. On top of accessing this vast tourist offer, their dollars stretch much further in the Global South.

So where, then, will they get the best value for money?

The ranking below, based on estimates available on Numbeo, the world’s largest crowd-sourced quality-of-life data, might give us an idea. The percentage indicates how much lower the cost of living (COL) is in those countries compared to the United States as a whole:

Colombia Is The Cheapest Tourist Destination

Colombia leads the affordability ranking with a 66.7% decrease in COL against the U.S., and we can’t say we’re surprised based on the financial threshold the Colombian Government has set for issuing Digital Nomads Visas: in order to be eligible to move to the country, remote workers must earn a minimum of USD $684 per month only.

In a major city like New York, named the most expensive in the world, long-term travelers would struggle to find a room to rent for less than 700 bucks a month, much less be able to afford other daily expenses. This is further indication Colombia is a low-risk spot for backpackers and budget-conscious tourists alike – at least when it comes to money.

Recently, Travel Off Path named Colombia one of the 7 best destinations when you’re young and broke, citing USD $35 will be required per day on a trip to Colombia. Back to Numbeo figures, you would need, on average, USD $1632 in Bogota per month when aiming to maintain the same standards of living you enjoy earning USD $7000 in Los Angeles (CA).

Argentina And Bolivia Round Out The Top Three

Second on the list, Argentina has always been widely recognized as safe haven for budget travelers, largely due to a depreciated currency, and then there’s Bolivia, an under-visited gem of the continent that may impose stricter visa requirements on U.S. passport holders, but comes in third with a decreasing COL rate of 55.9%.

Across Colombia, Argentina and Bolivia, Americans will benefit from the following:

Of course, affordability rates can vary significantly within the bloc: while flying within Colombia is generally cheap, intra-Brazilian flights can be incredibly costly, especially when booked last minute. To draw another comparison, Santiago (Chile) is 47.5% less expensive than Seattle (WA), without accommodation costs – Lima (Peru) is cheaper by a further 13.3%.

The bottom two – Uruguay and Chile – are known for their relatively high development index and living costs comparable to those of America, and could prove costlier to visit than destinations in the top tier. Judging by the data, however, one thing is clear: when combined, these nine destinations are 48.5% less expensive to travel to than the United States.

When unsure where to go amid this unstable economy, South America is your best bet for traveling internationally without breaking the bank. 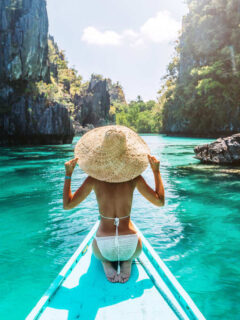 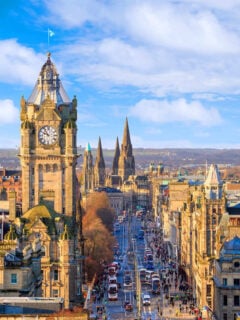 Next
Everything Americans Need To Know About The New UK Entry Permit
Click here to cancel reply.

I am grateful for this article but I wish some of the pictures of the cities were labeled with where they are from. Can anyone name the colorful cities pictured in here?