First Ever Direct Flights Between Vietnam and The U.S. Will Launch This Month

Vietnam Airlines Will Be Operating The Flights Starting November 28th

The first ever direct flight between the United States and Vietnam will begin operations this month. The twice weekly flights will run between Ho Chi Minh and San Francisco.

The inaugural flight will depart from Ho Chi Minh on the 28th of November, at 8:40PM, with an approximate 13 hours and 50 minute flight time. The returning leg from San Francisco will depart on the 29th, at 11PM, taking 16 hours and 40 minutes.

The route is currently planned through December, with the goal of increasing frequency as COVID restrictions allow more travel between the two countries.

The news will be welcomed by many of the large Vietnamese population dispersed across the United States, who have long been the most significant customers for routes heading to the Southeast Asian Country. But Vietnam’s popularity has been growing in recent years both for tourism and business alike, and the airline will be betting on the increased demand going forward.

The country is currently moving into a regulated border opening. Certain designated “safe” areas of the country will be the first to welcome vaccinated tourists back, with the aim of being fully open by June 2022. Vietnam had a successful first few months of the pandemic, being heralded as one of the success stories in dealing with the virus. But the Delta variant made enough waves in the country to pull them into several strict lockdowns.

Vietnam Airlines has been tentatively discussing the move for years, and has finally been able to move forward after being awarded a category 1 rating from the Federal Aviation Administration (FAA) back in 2019. A category 1 rating simply means that the FAA has acknowledged that Vietnam meets the minimum requirements across a range of aviation standards including operations, personnel training, and technical safety, and can thus operate flights in and out of the United States.

Another Vietnamese airline, Bamboo Airways, is aiming to have US-bound flights in the next few years and had hoped to beat Vietnam Airlines to the mark.

But it’s not all good news for the airline. The timing of the new route is bold, considering the limited destinations the country offers at the moment, but the airline seems to be staying realistic with its expectations.

In fact, the flights won’t currently be allowed to be filled to capacity. The Boeing 787 and Airbus A350 the airlines will be utilizing for the journey, can’t complete the trip with a full cabin and cargo that comes in tow. They’re estimating a 100 passenger restriction on the Vietnam-bound flight to allow for extra fuel and remain below the takeoff limit.

According to VNExpress, the CEO of Vietnam Airlines isn’t anticipating the route to be profitable for as much as ten years. But he remains hopeful, stating that “The philosophy of the company is to help the economy and try to be viable and profitable. You can see on most of the intercontinental routes we are not making money. But we are helping to get people in and out.”

As of the 19th of November, the flights are searchable on the Vietnam Airlines website, but are showing an unavailable or fully booked. It is anticipated bookings will become clearer in the next few days.

Vietnam To Begin Fully Reopening For Tourism In December 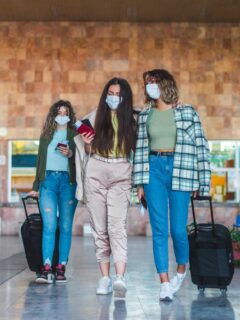 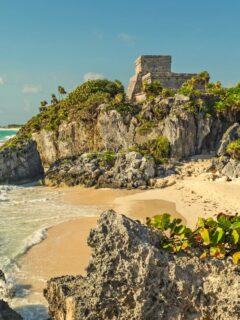