Sun-seeking Canadians, rejoice! Flair Airlines has got you covered for the upcoming winter.

In what’s perhaps the most exciting piece of news coming from Flair since the travel season started, three Canadian airports will have new nonstop flights to both Cancun and Cabo, starting at only $109 one-way. Talk about a good deal, especially now that prices are escalating and low cost travel is clearly under threat.

It doesn’t stop there. Besides offering new direct connections to Mexico’s hottest destinations, the ultra low cost is upping its game in the States, switching its West Coast base and cementing its status as one of the most competitive airlines in the market. This means if you fly from LAX regularly, you may want to read further:

Starting November 3, customers will be able to book ultra affordable Cancun flights for as little as $109 leaving from Toronto Pearson (YYZ). The air bridge will be open on Sundays and Thursdays, with outbound flights leaving the capital of Ontario always at 14:20, and arriving in the Riviera Maya at 18:45, for a total travel time of 4h25.

On the way back, flights will depart Cancun at 19:45, touching down in Canada just before midnight at 23:50, on the same calendar date, totaling a 4h05 minute flight. There are three fares available, with the recommended ‘Big Bundle’ fare, which includes a check in bag and priority boarding, costing only $88.59 more.

The twice-weekly flight will connect Toronto residents to Mexico’s most sought-after beach hotspot from early November until late March, and Flair’s expectations for the new seasonal route are high. As Stephen Jones, the Chief Executive Officer has put it, they have added the route with Canada’s well-documented winter blues in mind.

For Canadians based in the British Columbia, Flair Airlines has chosen Abbotsford and Vancouver to host its latest flights to Los Cabos, the jewel of the Pacific. Set to debut simultaneously on November 5, both routes will be available once a week, every Saturday, throughout the inaugural month, ahead of an increase in frequency for the remainder of winter.

As soon as December, Tuesday and Saturday flights will be added to the Vancouver (YVR) schedule, up until March 25, when the season traditionally ends, while Abbotsford (YXX) residents will remain limited to once-a-week flights. Basic airfares can vary, ranging from $189, on select dates between YVR and Los Cabos (SJD), to $379.

In Abbotsford, ‘bare bundles’ are fixed at a minimum of $209 and maximum of $279. The timetables are as follows:

Now, Flair customers have a total of 8 Mexican routes available, as the new Toronto-Cancun service complements Kitchener-Waterloo and Ottawa, and the British Columbia joins Edmonton in offering weekly links to Mexico’s pristine, and increasingly popular Pacific Coast, though the latter serves San Jose del Cabo instead.

Additionally, there are other Vancouver, Edmonton previously-announced Puerto Vallarta flights launching earlier this fall. Due to increased demand, frequency on the latter will be increased from one to four times weekly, proving Mexico continues leading the way among international destinations for Canadians

Aside from Flair’s Mexico-fest, the carrier has other important updates to share:

Flair Is Dropping Hollywood-Burbank For The More Competitive LAX

The airline has secured slots at the coveted Los Angeles International Airport (LAX), and will be moving its West Coast base from the more regional Burbank Airport on October 31. Yes, one of America’s leading hubs could be soon graced with low cost flights to a string of sunny destinations, in Mexico and beyond.

While no international service has been announced yet, aside from the transfer of Edmonton/Vancouver flights from Hollywood-Burbank to LAX, Californians should expect more end-of-year deals to be unveiled shortly, as Flair CEO Jones confirms the company is ‘looking forward’ to growing capacity in the market, ‘starting this winter‘.

Tickets on all of the aforementioned routes are already available and can be purchased here.

These 10 U.S. Cities Are Considered The Safest For Travel 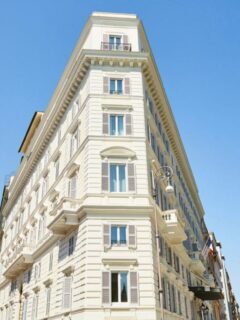 Previous
The Best Luxury Hotel For A Romantic Stay In Rome 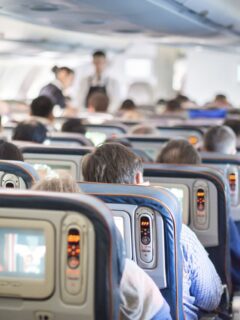 Next
Flight Costs Are Soaring But This Trick Will Find International Tickets For Under $200
Click here to cancel reply.