Summer 2022 travel chaos and cancelled flights? The bosses at Red Air are not worried about that, as the newly-founded low cost carrier has just added more than 20 weekly flights between the United States and the Dominican Republic (DR), going head to head with other competitors in a clear bid for dominance over this growing, yet tumultuous market.

Launched in late 2021, the Dominican Republic-based airline is giving JetBlue, Frontier and Spirit Airlines a run for their money, having set out a clear strategic plan of serving seven destinations in five different countries by 2022 already. Before these expansions materialize, though, Red is striving for one thing only: becoming a household name for DR travel.

At a time when most airlines are being forced to ax flights due to staff shortages and trim their once-ambitious summer plans, the DR’s brand new airline Red Air is further boosting connectivity between the States and the Caribbean island. In total, 21 flights will be available weekly on the Miami – Santo Domingo route, starting July 25.

Flying back home, Americans will have a number of options to choose from, with returning flights scheduled to leave Las Americas International in Santo Domingo at 12:30, 15:00 and 17:00. Sequentially, those are due to touch down in Miami at 15:00, 17:30 and 19:30. Once again, frequency is daily and three times per day on any given date.

So far, the airline has been relying mostly on a McDonnel Douglas Series aircraft (models MD-82 and 83) to fulfill its schedule. Once new phases of the expansion plans are unlocked, Red Air officials plan to acquire more medium-range jets, namely B-737-400, 700 and 800, and the airline’s first-ever long-range, possibly B-767 and Air Bus 330.

The new flights are part of Red Air’s growth strategy for 2022, which involves setting up bases in cities across Central and South America, and boost frequency to U.S. cities with strong links to the Dominican Republic, mainly in South Florida. Should those plans prove fruitful, long-range flights are also on the cards, including to Europe.

Red Air’s increased frequency to the Dominican Republic will benefit Americans looking to go on a spontaneous long weekend getaway, now that flights are available throughout the whole week. Additionally, the company’s highly affordable fares is set to have a huge impact on the route’s performance in the upcoming weeks.

If you have been following our news stories lately, you are probably aware that the cost of travel in general is skyrocketing, and that includes airline fares. In order to cope with the seriously disruptive staffing constraints, and the renewed demand for international travel, most airlines are now left with no choice but to increase ticket prices.

In the first few months of 2022, the cost of flying has increased roughly 18% month-over-month, and the aggravating aviation crisis will only cause further price hikes. Fortunately for those flying with low costs like Red Air, fares have remained relatively cheaper than most traditional airlines’ competing on the same route.

There is, of course, a reason for that.

Passengers Are Getting More For Far Less

As reported by Dominican Today, the company is maintaining ‘competitive quality parameters’ due to its status as a new airline still making a name for itself. Essentially, travelers are getting more benefits for far less, including the right to a hold luggage weighing 32 kg in ‘tourist class’, on top of the 8 kg cabin suitcase to be placed on the overhead lockers.

A one-way flight from Miami to Santo Domingo can cost as little as $216,25 on the Economy-Basic fare. When flying Economy-Plus, passengers are expected to pay $263,85, while Business-Class seats are being sold for only $320,10 – still far cheaper than most airlines’ Economy fare on certain international routes.

In fact, a United Airlines flight from New York/Newark to Santo Domingo is currently priced at a $324 minimum, while Business seats can go as high as $1,832 when availability is limited. On their part, Red Air officials are hoping to woo budget travelers in the U.S. being hit the hardest by the crisis, especially now that the nation has reopened fully with no restrictions.

More information about Red Air’s luggage policy and ticket fares can be found on this link.

These Are The World’s Best Airports For 2022 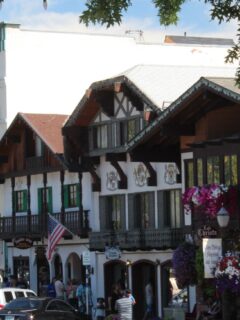 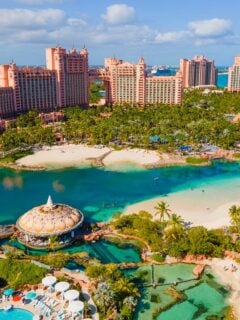 Next
Bahamas Drops All Testing For Vaccinated Travelers
Click here to cancel reply.