The world may have reopened and travel demand may be back to pre-pandemic levels, but the hotly anticipated Covid-free summer is again under threat – this time around, not due to the virus itself. Record levels of travel disruption are being reported in the United States, with nearly 9000 flights either delayed or cancelled this weekend only.

Unfortunately for those planning a trip soon, the cancellations we have seen in the last couple of days are far from being an isolated incident. Across the entire travel industry, staffing constraints and other technical problems have brought airlines and airports to their knees, with management failing to respond to the overwhelming surge in demand.

We do apologize for bringing you such dispiriting news, but this is only the beginning:

Chaos was widespread, with thousands of passengers being forced to make last minute decisions to save their hard earned vacation, most to no avail. Much like passengers in Europe, Americans are witnessing firsthand the consequences severely understaffed airports can have on travel, as cancellations become widespread and wait times increase drastically.

As reported by USA Today, those flying with American Airlines and Delta are suffering the most, after the carriers trimmed down flights by 8% and 7% on Friday. Despite clear indication of the contrary, Curtis Blessing, a spokesman for American, has stated that ‘the vast majority’ of delays are mostly weather-related, particularly in the Miami area.

Recently, storm warnings and the start of the hurricane season have indeed affected operations in Miami and Florida as a whole. Still, we cannot overlook the fact that a crippling lack of staff, including a shortage of trained pilots, is a concern shared by every major international hub at the moment.

In the UK, airlines are even being urged to cancel more flights before the crisis aggravates, and Stateside, things are not looking up for anxiety-stricken travelers either. Right now, any flight could be delayed or cancelled up to the scheduled departure time, and there is not much travelers can do besides taking out insurance and hoping for the best.

On that note, travel insurance is becoming less of a general recommendation and more of a true necessity. While it had always been important, especially during Covid when travel disruption was just as rampant, the current fiasco orchestrated by industry officials has left us no choice but to turn to insurance providers for enhanced travel safety.

We cannot change the current state of affairs, at least as customers, but we do have the possibility to protect ourselves amid the travel chaos; and unlike many would believe, taking out travel insurance is far from being as expensive as other traditional health insurances. In fact, it’s an incredibly affordable thing to do, costing generally a few tens of dollars.

For peace of mind and the guarantee of reimbursement when excessively long delays, or trip cancellations/interruptions occur, Safetywing will charge most travelers only $76.72 every month. A pretty good deal, considering that the aggravating travel woes will probably be with us for months after this dreadful summer is over.

Hey Mondo is slightly more expensive, and even then it’s still quite affordable. This is our readers’ favorite, including some beefy coverage for the usual delays and cancellations, and even missed flight connections. Depending on the package, travelers are also allowed to insure their baggage in case it gets lost.

Trust us, it can happen, especially now that Americans are heading en masse to local airports and staff on the ground are struggling to cope with air traffic levels. Even though simply purchasing insurance ahead of traveling will solve most of these problems, the weekend spate of delays has led the Transportation Secretary himself to call travel officials out:

‘I let them know that this is a moment when we are really counting on them to deliver reliably for the traveling public’, Pete Buttigieg said during an NBC News interview, signalling the U.S. Government is concerned about travelers potentially losing their faith in travel again this summer. So far, Buttigieg’s remarks have not had a significant impact.

On Friday 18, as of noon ET, Delta and American Airlines again reduced their schedules by 6% and 4%, respectively, and more are expected to follow suit. 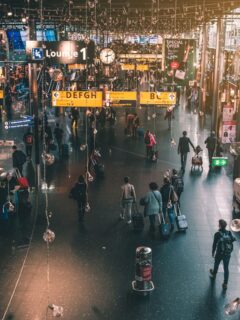 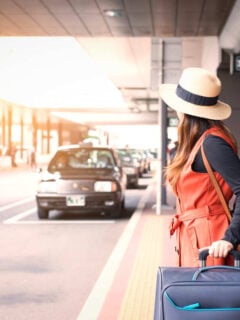 Next
Uber Will Allow Travelers To Book An Airport Ride 30 Days In Advance Amid Summer Travel Chaos
Click here to cancel reply.