France has become the latest EU country to place a travel ban on American travelers, with a ban on unvaccinated American travelers to come into effect after this weekend. The story was announced late last night, courtesy of a tweet from the French embassy in the US, and is bound to be a blow for many Americans given the popularity of France as a destination for American travelers.

The decision makes France the latest in an ever-growing list of countries that have decided to implement restrictions on American travelers, following the EU’s decision to remove the US from its list of safe countries due to its sharp rise in Covid-19 cases. Here’s a closer look at France’s travel ban in more detail, why it is a blow for many Americans and a reminder of other restrictions placed on Americans by EU countries.

France’s ban on unvaccinated Americans, plus the recent spate of similar restrictions by fellow EU countries, came following the EU’s decision to remove the US from its list of safe countries on August 30th. In removing the US from its safe-countries list, the EU was tacitly recommending that its member states banned non-essential travel from the US, which includes vacations. Whilst most countries haven’t gone as far as banning all non-essential travel, many have placed restrictions on American travelers.

Norway, Sweden and Bulgaria may have followed the EU’s recommendations more literally and have banned all Americans from traveling for non-essential purposes, yet others have found a middle ground with their approach to restrictions. Counties such as Denmark, the Netherlands and Spain have banned unvaccinated travelers only, whilst the likes of Italy and Germany have placed additional entry requirements on travelers. Ireland, Portugal, Croatia and Greece have not altered their restrictions as of yet, whilst France has become the latest country to update their restrictions.

In terms of their new restrictions, France has elected to follow the middle path taken by the likes of Spain and the Netherlands, rather than a hard-line approach like some others. From Sunday 12th September, unvaccinated Americans will need to provide proof of a compelling reason to enter France after the US was placed on France’s orange travel list, meaning that vacations will be off the cards for many.

The ban comes as a particular blow given the popularity of France with American travelers. France is the 5th most popular foreign destination for Americans, and the third most popular in Europe, behind the UK and Italy. More than 3m Americans took the trip in 2019.

In order to be able to visit France for vacation purposes, Americans must be fully vaccinated with either Pfizer, AstraZeneca, Moderna or Johnson & Johnson. There is not a PCR-test requirement for fully vaccinated visitors, nor is there a need to quarantine. 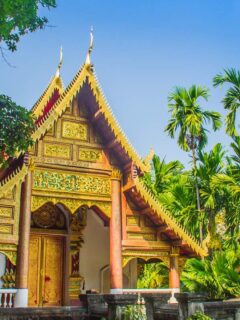 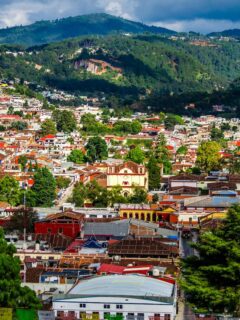 Can't find any current info about whether vaccinated Americans need a Covid test before flying home from France. The CDC info that pops up on a Google search is 8 months old.

I can near guarantee if Biden had followed his promises, reciprocated and stopped the entirely ridiculous ban on Europeans, particularly vaccinated ones, some of the EU countries would never have reinstated bans. Also, why exactly did I get vaccinated if I can't travel where I want? Wasn't it to get "freedoms" back (you know as opposed to protecting from disease, the real reason you normally get vaccinated)

This is all good news for Mexico’s tourism industry. Americans who previously have never thought about visiting Mexico will finally get to know its southern neighbor. Thank you France.