Frontier Airlines announced 12 new routes on Wednesday and a new focus towards Florida and Mexico in time for the winter season. Going forward, Frontier will target Cancun, Mexico, and Tampa, Florida in its new network expansion.

Frontier will also offer introductory fares beginning at $89 one-way to Cancun and $39 one-way to Tampa. What’s more, Frontier made Tampa a crew base in May 2021 and will build another base in Atlanta later this year.

After the COVID-19 pandemic, business travel starting lagging, and Frontier’s focus on Tampa and Cancun is a shift to leisure travel.

The Senior Vice President of Commercial, Daniel Shurtz, said, “We’re excited to grow in our newest base city, Tampa, with five new, non-stop routes beginning right in time for the winter travel season.

“Tampa continues to shine, literally and figuratively, as a destination people want to visit, especially in the winter months.”

The Impact Of The Delta Variant

After a strong summer season as travel rebounded in the U.S, airlines suggest bookings are starting to drop because of rising cases due to the Delta variant. This is causing travelers to cancel or postpone their plans.

The CMO of United Airlines, Andrew Nocella, stated that he believes bookings will drop between October, November, Thanksgiving, and Christmas.

However, the top trending winter destinations include Cancun at number two, Punta Cana at number five, and Saratose in Tampa at number ten.

Frontier will fly thrice-weekly to Rochester on Tuesdays, Thursdays, and Saturdays starting from November 30th. The route will see competition from Southwest Airlines who will begin a Saturday-only service between the two cities in December. One-way fares start at $49.

Frontier will fly twice-weekly to New York City’s LaGuardia Airport on Mondays and Wednesdays from December 1st. The airline will compete with various airlines, such as JetBlue, Delta, Southwest, and Spirit airlines. Fares start at $39.

Frontier will try twice per week between Tampa and Bloomington on Mondays and Fridays starting December 17. This will be the only non-stop service between the two destinations and no direct competition with other airlines. Fares start at $49 one-way.

Frontier will fly two times per week between Tampa and Green Bay on Thursdays and Sundays starting from December 16. The airline will face no direct competition on this route, and fares will start at $49 one-way.

Frontier will fly two times per week to Colombus, Ohio. The airline will face direct competition from Spirit Airlines, Southwest, and Breeze Airways on this route. One-way fares will begin at $49.

Frontier will fly five times weekly from Boston to Cancun on Mondays, Wednesdays, Thursdays, and Saturdays from December 16. The route will see competition from Delta, JetBlue, and American, which offers a Saturday-only service. One-way fares begin at $89.

Frontier will fly five times per week from Minneapolis to Cancun on Mondays, Tuesdays, Wednesdays, Thursdays, and Saturdays, starting from December 16th. One-way fares will start at $89.

Frontier will fly three times per week from Baltimore to Cancun on Mondays, Wednesdays, and Saturdays starting from December 17. The route will have competition from Southwest and Spirit. One-way fares begin at $89.

Frontier will fly two times per week from Detroit to Cancun on Tuesdays and Thursdays. Delta and Spirit Airlines will offer direct competition, and one-way fares start at $89.

Frontier will fly two times per week from Colombus to Cancun on Mondays and Fridays starting from January 21. The airline will face Saturday-only competition from Southwest and American. One-way fares start at $89.

Frontier will fly once every week from Raleigh-Durham to Cancun every Saturday from January 22nd. The only competition will be JetBlue and American. One-way fares will start at $89.

Frontier will fly once weekly from Atlanta to Punta Cana on Saturdays starting from December 18th. The airline will compete will Delta on this route, and one-way fares start at $89. 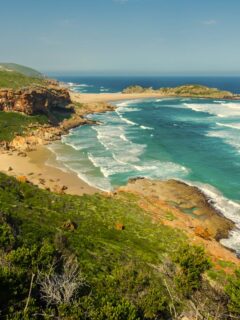 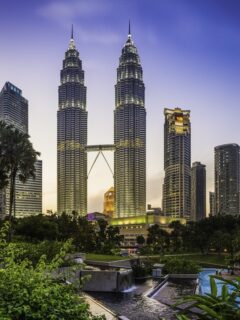 Next
Malaysia Planning To Reopen Borders For Tourism In December
Click here to cancel reply.