The new leisure airline Aha! Airways – the new venture from former airline ExpressJet Airlines, which ceased operations last year – has now revealed some details about its inaugural routes. The news comes amidst a backdrop of frantic airline activity, with both domestic and international airlines alike revealing new routes, destinations and frequencies over the past few weeks  as travel looks as though it will start to pick up once more.

Aha! Airways becomes the latest of several new airlines to launch during the pandemic, a time when several large airlines have been struggling to keep their noses above water. Following in the footsteps of Avelo and Breeze, Aha! will launch will several domestic flights servicing regional airports on the West coast of the United States. Here’s everything you need to know about the latest airline to emerge in the US, including a look at the routes that it has published so far.

Launching a new airline during a pandemic might seem like a strange decision, but Aha! Airways isn’t exactly brand new. The airline is the latest venture from ExpressJet Airlines, a regional airline that was formerly based in Atalanta and once enjoyed affiliate status with airline giants United. During this time, ExpressJet flew as United Express, ferrying passengers on short flights between United Airlines’ hubs under contract.

After a tough pandemic for the aviation industry, ExpressJet ceased operations in September 2020, unable to carry on after the contract with United had ended. However, the airline applied for recertification with the US Department of Transportation on April 15th, and their relaunch was confirmed at the end of July. The airline currently has just the one Embraer ERJ145 regional jet on its certificate, a 50-seat aircraft that was also used in their operations alongside United that features a 1-2 seat layout and only economy class seating options.

As is to be expected for a new regional airport, Aha!’s initial route offerings are modest, but could prove to be convenient. The airline is set to be based solely out of Reno-Tahoe International Airport, and will be offering eight non-stop flights to nearby airports – none of which had an existing flight to Reno.

“We realized look, nobody wants to go to Machu Picchu, Angkor Wat. They want to go to something much more (pandemic travel) friendly, at least for a while. To me, the Reno market is almost like the perfect place.”

The full list of flights from Reno-Tahoe International Airport is:

“Basically what we are selling is the convenience of a reasonably priced, three, two, five-day vacation at a reasonable price to a vacation destination that has everything.”

Services are set to be as frequent as three times per week, with the CEO also stating that there is the potential to increase the number of destinations offered to 20, with eyes on offering East coast flights. 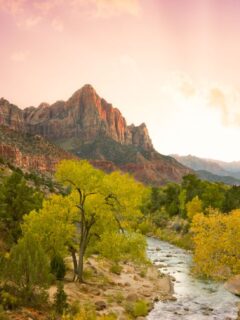 Previous
Top 10 Things To Do In Zion National Park 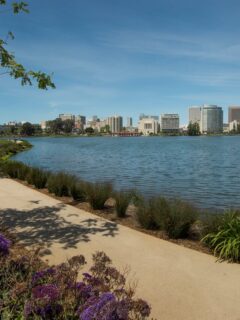