A unique and historic American railway has reopened in the marvelous Rocky Mountains in Colorado. The Broadmoor Manitou and Pikes Peak Cog Railway celebrated its 130th anniversary with a re-opening celebration last week. Many fans of train travel are excited about this historic Rocky Mountain railway reopening.

A One of a Kind Train System is Back

This cog railway’s trains rise to an elevation of over 14,000 feet to the summit with very steep inclines due to its special third wheel containing that hooks into a third rail.  Ted Johnston, Assistant General Manager of the railway said, “A cog railway is just like any other railway, but we use a center third rail to get all out traction and braking”.

Broadmoor Manitou and Pikes Peak Cog Railway began passenger journeys in 1891. This rail line is the highest cog railway in the entire world. The rail line’s mechanisms are specially designed to navigate through the twisty, steep route through the breathtaking Rocky Mountains.

Pikes Peak is known as ‘America’s Mountain’. Legend says the stunning panoramic views seen from passenger cars, are the inspiration for the song America the Beautiful. The railway remains an important part of the United States’ western heritage because it was an innovative endeavor at the time. At the start of the railways run, the local mining towns and settlers were new to the area. The railway delivered passengers and helped to facilitate the birth of the American West.

Jack Damioli, president and CEO at The Broadmoor hotel in Colorado Springs declared, “We believe that the Broadmoor is kind of the gateway the American West.”

For the last three years, the railway has undergone a massive renovation. The $100 million dollar project included replacing train cars, re-laying track, reimaging stations, and a new depot. The newly constructed Pikes Peak Visitor Center is now open to the public along with the railway.

The railway renovation was a challenge due to the rarity of the accompanying parts needed for the job. The railway engineers reached out to European colleagues Switzerland Stadler Rail for assistance. The Swiss trains expertly negotiate the similar Alps in a similar fashion to the Pikes Peak Railway. The overseas railway assisted with the construction and shipping of the new train cars.

“The experience of going to the summit of a 14,000 foot mountain by rail has not changed. Yes, the cars are new. The track is new. But that awe-inspiring experience, it all the same,” Johnston stated.

Broadmoor Manitou and Pikes Peak Cog Railway is now open and taking reservations for new journeys. Besides the railway, guests can also have many adventures including 10 zip lines that soar 200 feet above the ‘Grandest Mile of Scenery in Colorado”. The Broadmoor Wilderness Experience offers guests many outdoor activities including hiking, fishing and horseback riding at a ranch located deep in Pike National Forest. In order to get the best seats on the train car, advanced ticket purchases are your best bet.

6 Secret Natural Wonders To Visit in the U.S.

National Parks in the U.S. Are So Crowded, They May Become Reservation Only 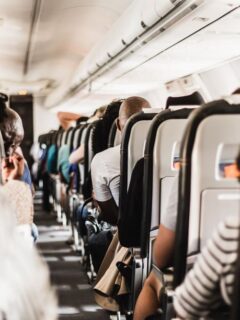 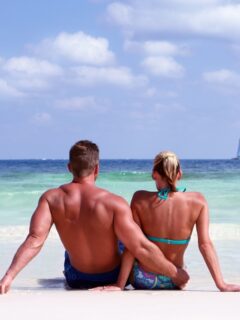 Next
Top 10 Honeymoon Destinations in Mexico for 2021
Click here to cancel reply.