International Travelers Are Receiving Free Covid Vaccines In The U.S.

Vaccine tourism is skyrocketing and travelers from around the world are flocking to the United States to receive the Covid-19 vaccine. So is traveling to the U.S. to receive a Covid-19 vaccine permitted? The answer is not easy but from what Travel Off Path has discovered, it’s already happening.

Travel Off Path reached out to the U.S. Customs and Border Protection (CBP) for clarification on the matter. In a phone interview with a CBP officer, she clearly stated “No, it’s not allowed, foreign citizens are not able to enter the United States for the purpose of getting a vaccine.”

So why are travelers still flocking from around the world to the U.S. and receiving their Covid-19 vaccine? They can, it’s just not as cut and dry as it seems.

Travel Off Path reached out to a Mexican resident who recently received her Covid-19 vaccine on a tourist visa while visiting Texas. She only wanted to be identified as María in fear of backlash from U.S. authorities. María explained that she flew to Dallas from Mexico City, received her Covid-19 vaccine and went back to to Mexico a few days later. “I was actually just visiting Dallas for tourism so decided to get the shot while I was there,” María told Travel Off Path.

She explained she was able to enter the United States for the primary purpose of tourism when interviewed by CPB. “I don’t feel bad, I told the border patrol the truth, I was there for tourism and I love Dallas,” María explained. “They were offering vaccines and there were tons of appointments so I got one and I only had to show my Mexican Passport as proof of identity.”

Texas is currently one of sixteen states that do not require residency for the Covid-19 vaccine.

According to Texas Health and Human Services “There is no residency or citizenship requirement to receive a COVID-19 vaccine, and a social security number is not required.”

From what Travel Off Path has learned, María was able to receive her vaccine by visiting the U.S. for tourism and then receiving the shot while she was there. Whether it’s a loop hole, grey area or some U.S. States want the influx of tourism dollars, it is possible for non US citizens to easily get a Covid-19 vaccine in the states that allow it.

States could easily prevent non-citizens from getting the vaccine by requiring proof of residency but that also poses a problem for undocumented immigrants. States want to vaccinate as many people as possible and according to American Progress, undocumented immigrants make up 3.2% of the US population. That is over 10 million people living in the U.S. that would not qualify for the vaccine if proof of residency was required which would hamper vaccination efforts in some states.

They did however mention to bring proof of health insurance if possible but having no insurance would not prevent a person from receiving the Covid-19 vaccine for free.

At the beginning of April, Biden directed states to widen the vaccine eligibility to people 18 or older by April 19, two weeks earlier than the May 1 deadline he had announced previously. Many states are now encouraging everyone to get the vaccine including undocumented Americans and non residents. Since many states had already opened eligibility to adults 18 or over, Facebook groups and Reddit forums have been busy with discussions on traveling to the U.S. to receive a vaccine.

While there are no formal nationwide records being kept for the number of non residents being vaccinated, it is happening by the tens of thousands. While Florida has since stopped vaccinating out of state residents, the state reported that more than 128,000 non residents had been vaccinated before an outcry from the public caused the state to require proof of residency.

Figures made public do not specify the number of international visitors who received a shot in Florida. While Florida has tightened ID many U.S. states are making it easy for non residents to receive a vaccine.

“Here I am walking and walking, all around. They didn’t even ask for my visa,” he said, chuckling as he put on a face mask.

Mauricio Fernández Garza, a candidate for Mayor of San Pedro Garza García, a wealthy suburb of northern Monterrey, posted on Facebook about his trip to Texas to get the Covid-19 vaccine.

New York News 12 asked the CDC if vaccine tourism is legal. The CDC responded “U.S. citizenship is not a requirement for vaccination, and the goal was to “ensure that everyone can receive vaccines without barriers.” It added that each state has the ability to limit their own supply to residents only.

Can Foreigners Enter The U.S. For The Primary Purpose of Receiving a Vaccine?

Customs and Border Patrol did release a statement saying that they will fully support equal access to the COVID-19 vaccines and vaccine distribution sites for even undocumented immigrants that are illegally residing in the United States.

“U.S. Immigration and Customs Enforcement (ICE) and U.S. Customs and Border Protection will not conduct enforcement operations at or near vaccine distribution sites or clinics.”

This allows undocumented immigrants to receive the vaccine without having to worry about being detained and deported.

Vaccine Tourism On The Rise

Earlier this year, Tejas Kapasi, a Mumbai-based travel agent launched a vaccine tour to New York which reportedly had over 5000 people sign up in the first 2 days. Public outrage ensued forcing the company to backtrack and announce the company would wait for the green light from US officials before proceeding.

The first reports of Covid-19 vaccine tourism came after thousands of Canadian snowbirds living in the United States began to receive Covid-19 vaccinations.

Now a new age of vaccine tourism has started. Travelers from Mexico, Central America and South America are all researching about Covid-19 vaccinations in the U.S. due to slow rollouts in their home country. When states started offering the vaccine to all adults 18 and over at the beginning of April, search related traffic for US vaccine tourism skyrocketed by over 10,000% on Travel Off Path.

The Debate Over Vaccine Tourism

While many Americans are against foreigners coming to the U.S. to receive the vaccine, Harold Whitaker from Phoenix, Arizona told Travel Off Path he is ok with vaccine tourism. “It doesn’t bother me as everyone I know that wants a vaccine has gotten one. Each tourist is bringing in money to our economy. I think it’s a win, win.”

Jennifer Powell from Dallas, Texas felt differently. “What if we need more vaccines and we keep giving them out to undocumented immigrants and visitors,” she explained. “We may have enough now but we don’t know what the future holds.”

While the debate heats up, some businesses are taking advantage of the rise in vaccine tourism. Mexico News Daily reported that some Las Vegas Hotels are going as far as offering one free night stay for those in town to get a Covid-19 vaccine.

Vaccine Doses Not Being Used in The U.S.

Data from the U.S. Centers for Disease Control and Prevention shows that in several states over 30% of vaccines have gone unused due to low demand especially in the Southeast of the country. Texas is recording that 25% of its distributed vaccine has yet to used. In Alabama and Georgia the number of unused vaccines skyrockets to almost 40% of the supply.

The Kaiser Family Foundation (KFF) found the rural Republicans are the least likely to get vaccinated.

The rise of Covid vaccine tourism isn’t unique to the United States. While the USA doesn’t openly advertise it, some countries are such as the Maldives who recently announced that they will include a Covid-19 vaccination for each arriving tourist in the near future.

Serbia also announced recently a large surplus of vaccine and offered free vaccines to everyone, irrespective of whether they were citizens or residents of the country between March 26 and 28.

The trend continues right across Europe travelers literally drive to another country, get a vaccine and return home or to their place of residency,

Traveling to receive the Covid-19 vaccine could help save lives, especially in countries where individuals do not have access due to slow or non-existant vaccine rollouts. One problem, vaccine tourism only caters to those with the means to do it further separating the line between the rich and the poor.

U.S. States That Do Not Require Residency For The Covid-19 Vaccine

These US States Are Vaccinating Foreign Travelers 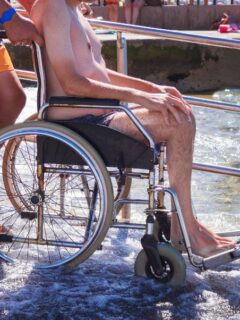 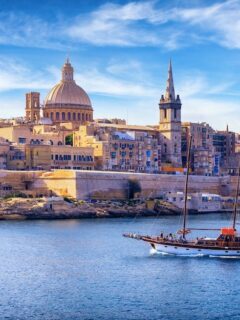