Are you a remote worker dreaming of exploring Italy for longer than the restrictive 90 days foreign tourists are usually allowed to stay for? That possibility could soon become a reality, as the leading Mediterranean nation gives a strong indication the so-called digital nomad visa will be written into law.

Although Europe, in general, is traditionally strict regarding immigration routes, in recent years several nations in the continent have been welcoming digital nomads who can prove they have a sustainable source of income. These workers also benefit from simplified procedures and face much less bureaucracy than ordinary migrants.

With the likes of Croatia, Malta, and Spain all jumping on the trend, it was only a matter of time until Italy, one of their strongest competitors in the Mediterranean joined the club. Soon enough, those eligible might be able to city hop across Italy’s countless tourist hotspots without having to worry about their tourist stamps.

Digital Nomad Visa Might Have Already Been Approved – Or Not

Italy’s digital nomad visa has caused a furor recently over its dubious rollout. While it was initially included in a draft decree from the Italian Senate in January, battling its way as far as the disegno di legge stage (where it would be written into law), it was no longer visible on the final text published on January 27.

The move made those eagerly anticipating Italy’s official announcement feel confused as to whether the visa had been given the thumbs up or not. On the text itself, all those who perform ‘highly qualified’ work remotely via technological means (e.g. a computer), either as entrepreneurs or employees of a company registered outside Italy, would be eligible for the visa.

Costanza Petreni, a consultant at an Italian immigration firm who has been closely monitoring the developments, has confirmed the digital nomad visa reappeared on March 28, during the conversion of the decree into law. Despite some ‘minor amendments’, this could mean the new immigration route has been approved after all, following the initial setback.

What Do Immigration Lawyers Say And What Could The Requirements Be?

The Local Italy has reached out to experts this week in order to obtain a confirmation, with immigration lawyers conceding they are ‘still conducting reviews of the new decree‘ in order to establish whether a digital nomad visa has actually passed into law. If it has, it could still take some time until the new law comes into effect.

As per Italian law, considering it has already been approved, the government will be required to publish yet another decree, specifying all the requirements and exact procedures through which remote workers can successfully obtain the visa.

This means that, while it looks likely at this point this will materialize, there is still a lot we do not yet know regarding the visa and its eligibility. Once it is launched officially, those interested can expect it to be similar to other digital nomad offers in Europe. In neighboring Croatia, for example, applicants must:

With Italy’s requirements yet to be set out and its visa process still very much a mystery, nomads are advised to wait until the law is finally published before making assessments.

What Other Immigration Routes Are Available For Non-European Workers?

For now, those wishing to relocate to the Italian Peninsula have to consider the other options available, such as achieving an intra-company transfer or applying for an EU Blue Card.

The EU Blue Card enables ‘highly qualified non-EU nationals’ who earn a minimum salary of €24,789.93 and have completed a minimum three-year university degree to move freely within the European Union (EU), as if they were European citizens.

As Italy is part of the EU, Blue Card holders are automatically entitled to seek jobs in the country. Despite the economical hurdle, there are numerous other requirements in place which make the EU Blue Card, or other traditional immigration routes, a bigger challenge for remote workers.

Should Italy’s new digital nomad visa be confirmed, it will assist nomads in migrating much more easily, and with simpler requirements. Unlike Italy, countries such as Romania and Hungary have already unveiled their coveted digital nomad visas.

They are both ideal destinations for remote workers seeking to travel off the beaten path and experience Eastern Europe without having to rush through landmarks. For more digital nomad updates from Travel Off Path, please refer to this link. 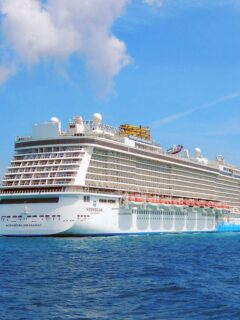 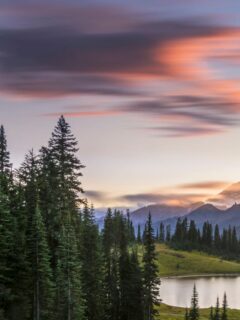 Next
Top 10 Off The Beaten Path Things To Do In Washington State
Click here to cancel reply.

Any form of digital "visa" or a pass is the direct stepping stone to more surveillance and formalities which can be integrated in a social credit system as they already have in China. Got a low score? Then no more digital visa for you...

Italy? The country that starved it's some of its population, didn't let them go into restaurants and completely segregated them from society? I will never support this tyrannical country and their digital nomad scam visa. I always wanted to go to Italy but I won't support their Klaus Schwab government.