Italy’s largest airline has confirmed that it is set to end its operations for good on October 15th, 2021. The airline in question, Alitalia, has struggled throughout the pandemic due to the lack of traffic and will cancel all existing flights booked for after this date, forcing passengers to rebook their flights or ask for a full refund.

The national flag carrier of Italy, Alitalia is the 12th largest airline in Europe, servicing 100 locations around the world and connected further by codesharing agreements with other airlines. Not the first airlines to suffer as a result of the pandemic, here’s a look at how Alitalia’s closure, what those who have booked tickets for after October 15th should do and what’s going to happen to their fleet once their operations have ended.

Alitalia To Close – Information For Travelers

Launched in 1947 and operating out of Rome’s Fiumicino Airport, Alitalia has long since been the gateway to Italy for many travelers – though it won’t be for much longer. Alitalia has been in financial difficulties since 2017, when it was placed in Extraordinary Administration after years of not turning a profit, but it is the global pandemic and lack of travelers heading on vacations around Europe that have been the final nails in the coffin of Italy’s flag carrier.

However, though the airline is set to close, another is set to resume their operations. Alitalia will be replaced by the state-owned airline ITA (Italia Trasporto Aereo), which already started selling tickets for flights on August 26th after being given the green light to fly from October 15th. ITA will also be purchasing 52 of Alitalia’s 84-strong fleet of aircraft, as well as using the same airport slots that Alitalia operated, giving passengers a sense of continuity as the transition occurs.

However, whilst ITA and Alitalia’s airport slots might be the same, travelers should be aware that their flight tickets are not. Tickets for flights booked with Alitalia that are scheduled to depart after October 15th will not be valid on ITA flights. Should still wish to take this flight, passengers must purchase new tickets through ITA if they wish to fly the same route after October 15th.

Those with cancelled Alitalia flights booked after October 15th have two options – they can either replace their flights with an equivalent Alitalia flight departing prior to that date, or they can elect to receive a full refund. Whilst rebooking to the same original destination is free, changing the destination could incur extra fees, whilst international flights cannot be changed for domestic flights or vice versa.

According to the airline, around 250,000 travelers have flights booked to depart after October 15th. A significant amount, the Italian government has created a fund worth €100m in order for all of the affected passengers to be reimbursed, so travelers should not worry about missing out on and refunds. Alitalia has announced they will be sending information on how to claim refunds directly to their passengers.

Meanwhile, ITA has grand plans for the future of their airline in the wake of these developments. ITA is planning on operating routes to destinations as far-flung as New York and Tokyo, as well as several European cities, from airports in both Rome and Milan – meaning travelers won’t see their Italy travel options affected too badly. The airline also intends to expand its fleet to 105 aircraft by 2025.

TSA Reports Large Drop In Passengers Due To Delta 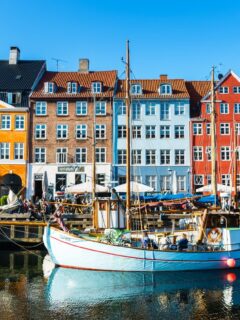 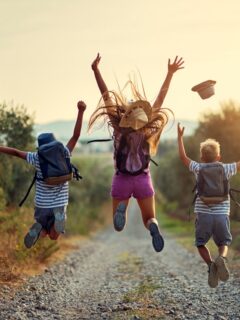 Maybe not a pity if a new airline can be reborn. Italy has such brand power, and the airline was mediocre. Maybe they could do a cheaper airline with lots of style and nice food, and service you get from Asian airlines.