Italy’s newest airline ITA – Italia Trasporto Aereo, or Italy Air Transport – has now launched after flying its inaugural flights on Friday, and looks set to offer passengers a wide range of international routes to choose from. ITA becomes the latest airline to be born during the Covid-19 pandemic, and is set to replace Alitalia as the go-to airline in Italy, following Alitalia’s unfortunate demise this year at the hands of bankruptcy.

Despite the pandemic being a rough time for airlines as a rule, ITA’s timing could be spot on, as restrictions around the world – including on flights to the US – are set to come to an end in the coming weeks. Here’s everything you need to know about ITA – from its first route offerings to the livery it will fly in – and a reminder of how the airline came into being in the first place.

Whilst Alitalia may have had the honor of being Italy’s flag carrier during its storied, 75-year history, the pandemic proved to be the final nail in the coffin for the airline which had the unique privilege of flying the Pope around the world. Thursday marked the final flight in Alitalia’s history, with a flight from Rome Fiumicino to the island of Sardinia. However, whilst Alitalia might be gone, some parts of it may still remain.

Bought by ITA for around €90m, the airline is set to feature Alitalia’s trademark tricolore markings on the tailfin of its airplanes, whilst the majority of the aircraft will be painted blue. ITA is also set to take on some of Alitalia’s staff. Whilst Alitalia had around 10,000 members of staff, ITA is set to be a much more scaled-down operation, and so will employ around a quarter of former Alitalia staff members, providing continuity of operations and some friendly faces for any frequent fliers.

Downsizing isn’t viewed as a hindrance by the owners of the airline, but an opportunity. A scaled down workforce and aircraft fleet means ITA will be able to compete with Europe’s well-established low-cost airlines – a feat that’s essential to the longevity of the burgeoning business. Addressing the matter, ITA’s president Alfredo Altavilla said:

“ITA Airways is being born right-sized, in the optimal dimensions both in terms of the size of its fleet and its destinations. We don’t carry with us the negative inheritance of being too big that conflict with the economic reality.”

ITA flew its first flight on Friday, with a domestic trip from Milan’s Linate airport to the coastal town of Bari, and the airline is set to offer a range of international flights. Flights departing from Rome will head to the likes of New York, Tokyo, Boston and Miami, whilst both Rome and Milan will offer top European destinations such as Paris, London and Amsterdam.

As well as the 44 destinations currently offered by the airline, ITA also plans to expand over the next few years. The airline hopes to offer flights to as many as 74 different destinations within four years, with destinations such as Los Angeles and South America already well in the pipeworks.

At present, ITA has 52 aircraft in its fleet, a number that it hopes to grow to 105 in the coming years with the purchase of next-generation aircraft that would run on sustainable and alternative fuels. With countries around the world easing their restrictions, it could well be a case of right place, right time for the fledgling airline. 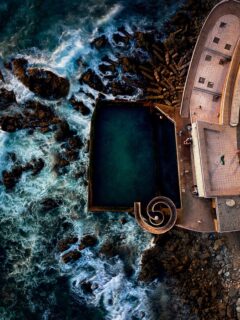 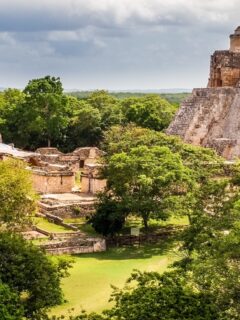 Next
Why Travelers Should Visit Uxmal in Yucatan, Mexico
Click here to cancel reply.

Their website is a total disaster.They should be embarrassed.