Mazatlan is booming as a tourist destination for its beautiful beaches and first-class services to national and international visitors. Also known as the “The Pearl of the Pacific,” it offers a lively cultural and sports program throughout the year. These are the ten reasons why travelers should visit Mazatlan.

Although it has built its tourist fame as a beach destination, Mazatlan is an old city founded in the sixteenth century by the first wave of conquerors, who needed ports to send the exploited riches to Spain. Old Mazatlan is a haven of peace with its streets and traditional buildings. The cathedral, several squares, the Angela Peralta Theater, the Museum of Archaeology, and the cozy outdoor cafes stand out.

This eclectic building in the historic center is the main Catholic temple in the city. It was completed in 1899 and has two towers, three main halls of the same height, and an octagonal dome. The main façade has three pointed arches with neo-Gothic lines. The main altar is in Gothic style and displays beautiful images carved from Carrara marble. At the back of the primary altar, there is a magnificent sculpture of the Immaculate Conception, to whom the basilica was consecrated.

Mazatlan is also known for its small, landscaped plazas, cozy havens of peace, most located in the historic downtown. The Plazuela Republica is the most emblematic, prestigious for the buildings surrounding it, including the cathedral, the municipal palace, and the old buildings of the Post and Telegraph Office. It has a beautiful kiosk with French lines. The oldest square in the city is the Machado, dating from 1837, with a kiosk installed in 1881.

The modern space that symbolizes Mazatlan is its long and active boardwalk. In its 13 miles facing the ocean, there are spectacular beaches, outdoor art, natural formations, and establishments and services for tourists. One of its busiest sectors is the one in front of the beach of Olas Altas. In this promenade, you can admire monuments such as the Coat of Arms of the State of Sinaloa, El Venado (Mazatlan means “Land of Deer” in the indigenous language), the Mazatleca Woman, and the Continuity of Life.

Mazatlan has paradisiacal beaches and a network of first-class hotels and services to make your vacation in The Pearl of the Pacific genuinely unforgettable. In the sector of Old Mazatlan, located in front of the boardwalk, is Olas Altas, the most traditional beach in the city. In the Golden Zone, Playa Gaviotas is very active, for its calm sea that invites you to swim. Due to its spaciousness, Gaviotas beach is frequented by outdoor sports practitioners, such as volleyball and beach soccer. Camarón Sábalo, north of Gaviotas, is a beach of moderate waves that occasionally increase their intensity, and it’s great for surfing. Others include Playa Norte, Cerritos, El Delfín, Isla Venados and Isla de La Piedra.

It’s the largest of three islands located in front of the city of Mazatlan, 1.4 miles from the coast. It’s also known as “Isla del Medio” or the “Island in the Middle” because it’s in the center of the island group. It’s guarded by Isla de Chivos and Isla de Pajaros, and has almost virgin beaches. Typically visitors arrive by boat, although there are people who make the tour swimming or kayaking, leaving from the beach of the hotel in front of it. Venados has crisp and calm waters, ideal for underwater entertainment.

It is possibly the best Latin American space to illustrate and recreate life in the sea. Fish of all types and sizes, including several species of sharks, turtles, jellyfish, sea lions, aquatic plants, birds, and much more, you will find in the spacious and comfortable spaces of the place. It has an ecological games section in which children have fun while being educated in environment preservation.

The emblematic Light house of Mazatlan is located at the top of Faro Mazatlán Natural Park. With its close to 500 feet in height, it’s the highest active Lighthouse located on a natural elevation in the world. To visit, it’s a 30-minute steep walk, where you’ll have the best observatory you can imagine on all four cardinal points.  When you reach the highest point, you can walk on a viewpoint with a glass floor, from where you can appreciate an incredible view of the sea. From there, you can take spectacular photos of the ocean, the beaches, the city, the mountains, and other surrounding areas. The Lighthouse was put into service in 1879 and continues to assist sailors.

This exclusive Mazatlan area stands out for its beaches, top hotels, jewelry stores, brand stores, class restaurants, and establishments for fun. It’s situated along Gaviotas Avenue and was a place known as the Laguna del Camarón, which was dredged to develop the city’s most exclusive area.

The carnival festivities of Mazatlan have positioned themselves as the most colorful and exciting of the entire American Pacific coast. Specialized publications place it in the top 3 of the best in the world. Sunday’s parade draws more than 600,000 people to the streets. The sound of music, mainly from Sinaloan bands, beautiful floats, and decorated cars, is a parade of groups or comparsas with their members dressed in striking allegorical costumes and streets decorated with giant puppets. One of the events that most surprise foreign tourists is the “Burning of the bad mood” (called in other places “Burning of Judas”), in which a gigantic puppet is set on fire that symbolizes a particularly harmful character or a disastrous event.

Are you ready to enjoy Mazatlan’s beaches, festivals, and exciting sites? Don’t forget to include this exciting and vibrant destination in your next trip to Mexico. 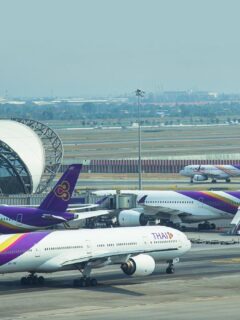 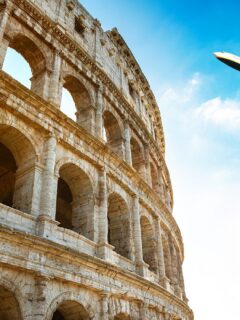