Traveling between New York and Vancouver has just got a whole lot easier and more convenient – with JetBlue launching new daily direct flights between the two cities.

The flights also mark two major milestones for one of America’s major low-cost airlines – with JetBlue offering its first ever service to Canada, and in the process becoming the only air carrier to connect passengers to Vancouver from New York’s JFK Airport with non-stop flights.

When Do JetBlue’s New York To Vancouver Flights Begin Operating?

How Long Does The Flight From New York’s JFK Airport To Vancouver Take?

The duration of JetBlue’s new ‘New York to Vancouver’ and ‘Vancouver to New York’ daily services are as follows:

What Are The Flight Times Of The New Route?

The flight times for JetBlue’s new ‘New York to Vancouver’ and ‘Vancouver to New York’ daily services are as follows:

Please note that all of the times mentioned above are local times.

Which Of JetBlue’s Aircraft Is Flying The New Route?

Passengers flying JetBlue’s new ‘New York to Vancouver’ route – and vice versa – will be transported on the airline’s Airbus A320 aircraft.

Those who take the new route will be able to enjoy staying connected to the worldwide web with JetBlue’s FREE onboard high-speed wi-fi, as well as take advantage of the airline’s offering of unlimited amounts of name-brand snacks and drinks.

Each seat also comes with its very-own TV entertainment screen.

Book Your Seats Now For Rates As Low As $119

The news that JetBlue is now offering a non-stop service from New York’s JFK International Airport to Vancouver is sure to bring excitement to both American and Canadian travelers – with tickets for the new route expected to be snapped up quickly.

And, to celebrate the launch of their first ever flights to Canada, JetBlue is offering passengers the opportunity to book a seat for as little as $119 one-way.

However, you will have to be quick to take advantage of this incredibly good deal as there is only a limited number of tickets available at this price.

You can book your tickets directly on the JetBlue website by clicking here – with the airline saying that by purchasing your seats directly through their website you are “guaranteed” to find the “best and lowest fares” available.

It is now only JetBlue that has added a new international route to their flight schedule – with American Airlines having also done the same.

Just yesterday (9 June) we reported that the nation’s biggest airline had launched flights to the city of Barcelona – with Spain having recently reopened for all American travelers.

And, only a couple of days ago we reported that the airline was also adding a new non-stop flight to Qatar – with the Soccer World Cup due to take place in November and December this year. 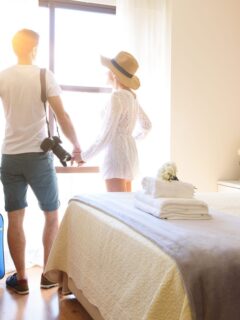 Previous
Miami Hotel Prices Have Increased By More Than 50% 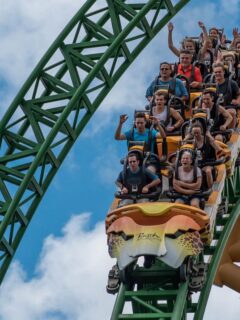 Next
These U.S. Theme Parks Will Be Offering Free Beer This Summer
Click here to cancel reply.