JetBlue is set to shake up the Trans-Atlantic travel scene this month when it launches its new low-cost options for travel between New York and London in just over a weeks’ time. The budget airline, with several bases across North American, will be the latest to take on the challenge where several others have failed.

Although travel between the two countries has yet to return to anything close to normal as a result of the pandemic, the airline is still going ahead with its August 11th launch date. Here’s a look at this story, and why JetBlue may succeed where other airlines have failed in the past.

Despite being one of the US’ biggest airlines, JetBlue has yet to make the same impact on the global markets as others from the US – but the launch of its new route connecting New York with London could help to put it on the map. However, it’s not going to be easy.

There are several different factors that travelers weigh up when considering which flights to take. Comfort and safety are important, whilst flight duration also plays a part when deciding which flights to book. As far as the New York to London flight is concerned, for many the price is the most important factor, with each of the other variables usually hard to distinguish between – but charging the correct fare is no easy task.

With as many as 28 daily flights available between New York and London, newcomers to the scene like JetBlue may find it hard to get a look in, with well-established airlines already competing for customers in the ultra-competitive market. Norwegian Air famously made headlines in 2013, when it promised rock-bottom fares for the same route. However, the long-term viability of such a tactic was called into question recently, after the budget airline filed for bankruptcy in November, 2020.

Whilst their launch may seem similar to Norwegian’s, the chief of executive of JetBlue, Robin Hayes, downplayed the comparisons and stressed that it was a natural move for the airline to make. “It’s very different to Norwegian. We’re flying a plane we’ve always flown, and a third of our capacity is already international, to 25 countries. This is really just a very small step for us,” the chief executive said.

JetBlue’s operations across the Atlantic will be serviced by the Airbus A321LR, a single-aisle aircraft that’s small and sleek in comparison with the Boeing 787 Dreamliners that serviced Norwegian’s trans-Atlantic route. Cheaper to fly, it will allow JetBlue to offer low prices in economy with less of a risk, whilst also coming with 24 seats for the airline’s version of business class, called Mint. Seats in Mint are set to be far cheaper than the business class offerings of JetBlue’s rivals, starting at less than $2,000 for a round-trip departing from the US – an eye-wateringly low price that could tempt economy passengers into making the upgrade.

To begin with, flights will occur just once per day, with tickets in economy set to be available for less than $600 for a round-trip journey. Customers receive far more than just a ticket; onboard, they can take advantage of free unlimited WiFi, whilst every seat comes with its own onboard entertainment system that will provide a large selection of movies, shows and live TV stations for each passenger. With the route now in place, affordable prices and the desire to travel undoubtedly there, all that’s left is for the governments of the US and the UK to let travelers take advantage of it and fly once more.

5 Safe-Bet Destinations That Will Remain Open For Tourism 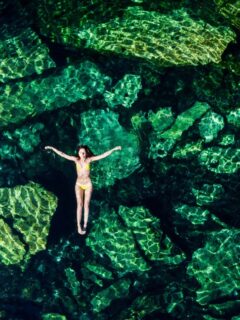 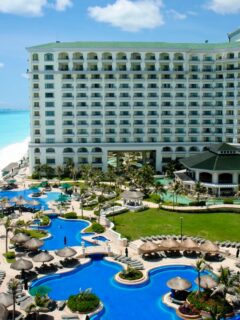 Next
Top Destinations for All-Inclusive Resorts in Mexico
Click here to cancel reply.