Flights Include Inaugural Routes And One U.S Destination

The new flights are eight domestic routes and one U.S. destination. Scheduled to launch on December 16 is direct service from Edmonton to Palm Springs two times per week. This new route will make it the fourth Canadian airline to serve Palm Springs.

And next summer, Swoop will launch eight nonstop flight routes from Edmonton to cities across the country. Destinations include Charlottetown, Comox, Halifax, Kelowna, Moncton, Ottawa, Regina and Saskatoon.

This will be the first direct flight services in Canada from Edmonton to the Maritime destinations of Charlottetown and Moncton.

Airline Now With The Most Destinations From Edmonton

President of Swoop, Charles Duncan, made comments following the announcement this week. “This is a major milestone for Swoop as we underscore our commitment to leading the way for ultra-low fare travel in Canada and reaffirm our position as the airline with the most destinations from Edmonton, ” he said.

“With a strong focus on growth and Edmonton as our partner, we will continue to provide our travellers with more non-stop flights and ultra-low fares while supporting the recovery of Canada’s travel and tourism economy,” Duncan continued.

Swoop is a subsidiary of WestJet, with headquarters in Calgary, Alberta. WestJet has also expanded flight routes to domestic and international destinations this year.

Just last month, the airline announced it would be adding new routes by December due to high demand, including flights from Calgary and Edmonton to Hawaii, Winnipeg to Cancun three times per week, weekly flights from Toronto to Puerto Rico and so many more.

Here’s an outline of Swoop’s flight route schedule from Edmonton starting 2022. The fares listed below are special introductory rates that can be booked by November 29, 2021.

Starting April 25, there will be flights 4x per week from Edmonton to Ottawa. One-way base fare will be $59 CAD.

Daily flights between Edmonton to Kelowna from May 5. One-way fares starting at $49.

Edmonton to Comox: Flights 3x per week from June 9. One-way fares starting at $49.

On October 31, Swoop began flight service between Edmonton and San Diego three times per week. Other direct flights from Edmonton to the U.S. include Las Vegas; Mesa, Arizona; and Orlando (Sandford).

Countries That Have Reopened For Canadian Tourists 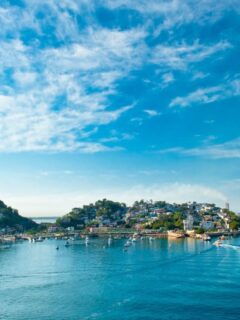 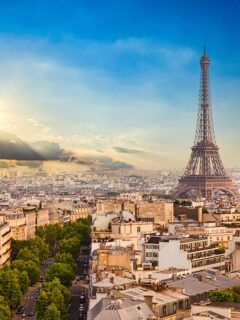 Swoop. Your gateway to Edmonton. Come freeze with us.