Lufthansa, the flag carrier airline for Germany, and the second largest airline in Europe has announced new additions to their international route map, expanding to two cities in the United States.

Currently, the German airline flies to 18 different cities around the United States, to places such as Los Angeles, Orlando, and New York, but they are looking to expand and reach smaller markets and cities.

Beginning on March 30th, Lufthansa will launch a direct flight from the sunny city of San Diego, California direct to the Bavarian city of Munich in Germany. Prior to the pandemic, Lufthansa offered a direct flight from San Diego straight to the financial hub of Frankfurt. This flight ceased operation due to COVID-19, but the airline is now looking to reconnect the San Diego area back to Germany once again.

According to Lufthansa, the new route will operate out of San Diego International Airport on Wednesdays, Fridays, and Sundays with future expansion to Tuesdays and Thursdays in the month of May. The flight will be using an Airbus A350-900 with a three-class configuration offering Business, Premium Economy, and Economy class.

With the expansion to this coastal city, Lufthansa is looking to add another option for travelers looking to escape to Europe. Currently, San Diego International offers only one direct option to Europe, and that’s a British Airways flight to Heathrow in London which operates five times a week.

Frank Naeve, Vice President of Sales for the Lufthansa Group Passenger Airlines in the Americas said, “With a robust economy and thriving corporate landscape, San Diego is the perfect gateway for our new service to Munich, Europe’s leading hub, offering a growing number of connections within Germany, as well as to Europe, the Middle East, Africa, and beyond.”

New Routes In the Midwest

In addition to the San Diego route, Lufthansa also has announced another route for their summer 2022 schedule. St Louis Lambert International Airport in Missouri will launch a direct flight from this midwestern U.S. city to the major hub of Frankfurt. This will be the first time Lufthansa has offered service from St. Louis. It will also become the airport’s first and only direct flight to Europe.

This means, St. Louis travelers will FINALLY be able to fly direct to Europe without the added headache and stress of connecting flights and potential missed connections. St. Louis, a city known for its famous Gateway Arch, is currently the largest American city WITHOUT a non-stop service to Europe.

“For the first time in nearly two decades, St. Louis will have a direct flight to continental Europe, helping put our city back on the map,” said St Louis Mayor Tishaura O. Jones.

The last non-stop flights from St. Louis to Europe were TWA to Charles de Gaulle Airport in Paris in September 2001 and American Airlines which ended non-stop service to London Gatwick Airport back in October 2003.

This new flight is set to begin on June 1st, and will offer flights three days a week, on Sunday, Wednesday, and Friday on an Airbus A330 aircraft.

Lufthansa airlines is part of the Star Alliance – which is currently the largest global airline partnership. Passengers who have acquired miles through airlines such as United or Air Canada, will be able to redeem or gain miles through these flights on Lufthansa. 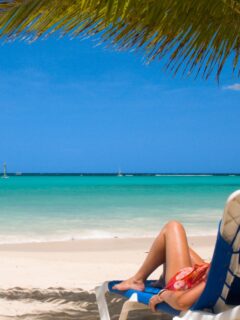 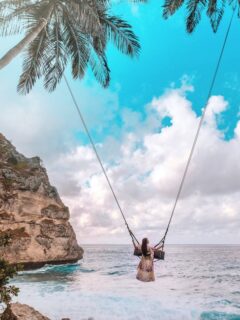 Next
Bali Reopening For Tourism To All Countries February 4
Click here to cancel reply.

St. Louis & the Midwest is the last place I’d want to visit if I’m a European coming to America. Gross.