In yet another move indicating the world is ready to allow Covid to fade into the past, a new measure introduced in Mexico has scrapped mandatory mask-wearing on flights and in airports. Now in sync with the United States, passengers flying to and from Mexico will no longer deal with mask-wearing uncertainty. As of October 12th, 2022, passengers transiting to, from, and within Mexico will no longer be required to wear masks during any part of their journey. An official statement released by the Mexican Federal Civil Aviation Agency confirms the end of the mask-wearing era in Mexico.

Travelers transiting from the U.S. to popular destinations such as Cancun or Los Cabos this year have probably been met with confusing guidelines regarding mask-wearing. The U.S. officially dropped its mask mandate on aircraft in April. However, Mexico has kept its mask policies in place, until now. For a country that largely remained open throughout the pandemic, the requirement felt out of place for many travelers. When boarding a plane in the U.S. to transit to Mexico, many travelers were unaware that they needed a mask.

Depending upon the airline, travelers may have had to wear masks while aboard or only needed them when landing. The latest move by Mexico to get rid of mask-wearing for airports and flights finally brings consistency to travelers. Until recently, Canadians flying to Mexico were well aware that they would need a mask for their journey. However, Canada recently scrapped its own mask-wearing policies. Now travelers from most anywhere in North America can fly between destinations without worrying about remembering their masks. Mexico’s decision marks an official end to mask-rule confusion.

Just In Time For A Record-Breaking Winter

Mexico’s most popular beach destinations have welcomed record-breaking numbers of tourists this year. As a result, Cancun recently solidified its status as Mexico’s number one destination. Estimates show that over 25 million travelers will head to Cancun this winter, ending 2022 with yet another record broken. If the prediction holds, Cancun will welcome 10% more visitors this year than it did in 2019.

Mexico reopened long before many other destinations but has held on to its mask policies in airplanes and airports. Scrapping masks will likely lead to an even more considerable increase in visitors, just in time for winter.

Cancun Isn’t The Only Mexican Destination Travelers Are Flocking To

While Cancun has long reigned supreme as the King of Tourism in Mexico, it isn’t the only destination seeing explosive growth. Travel Off Path recently reported that Los Cabos is challenging Cancun for the title of Mexico’s number-one vacation destination. While Cancun is undoubtedly a favorite, Los Cabos has been shaping up to be a highly-sought destination in its own right. Luxury all-inclusives dot the beautiful beaches of Los Cabos, which were recently voted the best in North America, so it’s no surprise the word has gotten out. Los Cabos is trending.

Travelers are heading to Cancun and Playa Del Carmen in droves this winter, and the areas are likely to sell out. With such an overwhelming demand for the region, Cancun airport heavily invested in improving its infrastructure. The airport has immense numbers of immigration staff, and getting through customs can be cumbersome. However, the airport recently announced that they will open E-gates in Cancun airport for seamless entry into the country.

Rather than waiting in line to be interviewed by an immigration officer, travelers will soon be able to scan their passports at an automated self-service border checkpoint. As mask-wearing is now officially optional, many previously-hesitant travelers will start to look for winter accommodations. As a result, tourism numbers will climb even higher. Cancun Airport is sure to take notice and is undoubtedly working as fast as possible to implement the new technology. 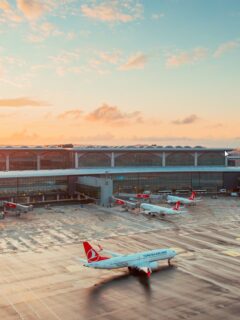 Previous
The Best Airports In The World According To Frequent Flyers 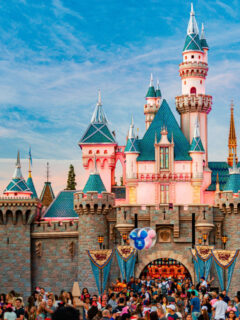 It should be a SOLELY PERSONAL choice

People in CDMX and Bogota are more used to mask wearing a s needed due to air pollution alerts (plus California - due to forest fires, Asian countries - in health culture)

seems mexicans loves using masks, I recently was 3 times in ciudad mexico and surprised how many people using it also early in sunday morning walking in almost empty roads (open air) so i guess probably in national flights, a 50-60% will continue using it and i think it's people right to choose if to wear it or not

@islamujeres, I can confirm that. I was in Mexico City and a lot where still using it even outside on the street. As long as I dont have to I dont care.

Hopefully this means the completely asinine single row deboarding BS is over too.

Is there any studies showing that mask helps? And the answer is NO

@Leon, True dat! Even worse, there have been numerous studies showing that mask do way more harm than good!

this should have been done already 2 years ago!!