Now that airfares are getting increasingly expensive, the era of train travel is officially back, and countries that up until now had invested primarily in road infrastructure, or their aviation sectors, are turning their gaze to the railway. One of the world’s top tourist destinations, Mexico is among them, planning to have 11 train routes in place until 2050, with the first one launching as early as 2023.

Mexico’s rail History is a complex one, dating back as early as the 19th century, when plans for commuter trains between Mexico City and Veracruz, on the Gulf of Mexico, were laid out. Although the country did go on to establish a (rather limited) rail system ever since, this has been mostly used for the transportation of goods, not commuters.

Years in the making, Mexico’s Tren Maya has been marred by controversy from the get go. Facing countless setbacks, either due to environmental concerns or construction delays, the scenic train debuting next year is set to run along the entire Yucatan Peninsula, connecting all of Mexico’s most sought-after vacation spots.

The news were confirmed by the Mexican Government, amid fears construction would be placed on hold indefinitely following a judge’s decision to suspend further line enlargements earlier this year (until more thorough ecological assessments were carried out).

Judging by other recent developments, it is safe to say these curbs have since been dropped and the long-awaited train is indeed opening in 2023 as planned. The Mayan Train will be Mexico’s first official long-distance passenger rail, running for 1800 km on a loop around the Yucatan Peninsula.

More specifically, the train starts its course in Palenque, Chiapas, before travelling northeast towards Cancun, in Quintana Roo, via two routes. Besides improving connectivity between the region’s tourist zones, it aims to ease access to a number of historical Mayan sites that, previously, could only be reached by road.

The Country Is Planning To Deliver 11 Scenic Trains By 2050

Interestingly, the Mayan Train is not the only major project Mexico’s top officials are tasked with delivering. In February, Miguel Torruco Garza, a Member of the Mexican Chamber of Deputies, confirmed the country will have an extensive rail network comprising the majority of the national territory. That is to say, the Mayan Train is only the beginning.

In total, Mexico will have 11 scenic train routes until 2050, spearheaded by the Mayan Train in 2023. According to Garza, the long-term plan will culminate in the return of passenger trains to Mexico, nearly two centuries after the original Mexico City-Veracruz route was outlined. At present, the vast majority of Mexico’s railway system is freight train-exclusive.

Once they open, Mexico’s 10 other scenic routes will be the following:

*The routes are displayed with different colors on the map

Needless to say, this would dramatically improve the tourist experience in Mexico. Currently, visitors remain heavily dependent on flights or excessively long bus journeys to commute in between cities, making multi-destination, or even multi-state vacations incredibly challenging.

Either due to climate change, or simply reluctance to fly now that airlines are proving unreliable, more and more customers are opting for trains where they are available.

In late July, Amtrak added a brand new train route from New York City amid a soaring demand, besides relaunching service to Canada for the first time in more than two years, in what’s a glorious comeback for North American trains.

Over in Europe, where this transportation mode has always been popular, new cross-border deals have made it even more attractive to travelers who may be thinking twice about booking flight tickets this year.

Mexico may be a little late in the game compared to its American counterparts or other sunny competitors in Europe, but it is surely catching up quickly – and definitely coming out ahead of most Latin American countries, where railway infrastructure is still pretty much non-existent.

While this all sounds promising, it remains to be seen whether Mexico’s leaders will remain truly committed to this, seeing that priorities change as new governments assume power, as they surely will in the decades to come, and taking into account the Mayan Train’s own documented delays. 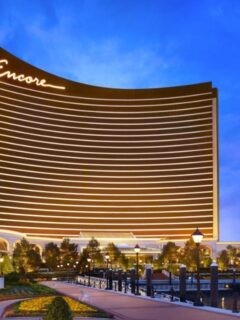 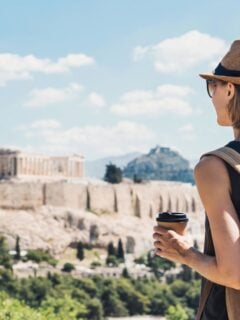 Next
Greece Is Hot Right Now! Here Are Five 5-Star Stays For Under $150
Click here to cancel reply.

The Maya train is coming along at a fast clip. Train cars including main engine and passenger (both for sleeping and dining) trains are already constructed. Check out U Tube. The sleeping and dining cars are very first class. Most of the rail lines are also completed. New stations, where no station has been before are now also under construction. The architect plans for all these new stations are very snazzy.

I love train travel. It takes a little more time but no turbulence LOL.

“ Mexico’s First Scenic Train Is Launching Next Year”? The Chepe train through the Copper Canyon is an already running scenic train. The Tequila train is also considered to be a tourist train. Not to mention the failed Cholula tourist train project that didn’t last long and shut down due to constant losses. The map looks overly optimistic and most of the routes featured on the map won’t make it profitable for train operations, or to compete with either buses or planes. One needs to first understand that Mexico is very mountainous on both coast lines as the center is elevated. The second characteristic is that, unlike in the US, the majority of the population in Mexico is concentrated in the center, while most of the coast is used for the tourist industry. It makes a lot of sense to travel by plane between the center and the coasts, or to the northern or southern borders, but it makes less sense when going from Mexico City to Guadalajara, Puebla, or Leon. I would say that train in this region makes sense as it is mostly flat and easy to build, and the demand would be sufficiently high due to high population concentration. But trains could only compete against buses if they are bullet trains. In regards to the controversial Maya train, I am not sure if the benefit will be higher than the cost and the destruction of the ecosystem that comes with it,

Are any of those new projects already approved and funded?

@Christian, again the Dallas San Antonio Monterrey project would be great! But knowing Texans I don’t know how fast it will come about. I mean there were many issues with the Dallas Houston project.

The AIFA train needs to be built or the airport will never be fully utilized. Its simply an extension of Tren Suburbano (Buenavista CDMX) so it should be easier.

@Health Freedom, so far, only the Maya train and the Toluca train are under construction and both will most likely run next year. There is a plan to build the new AIFA airport train, but the cost ends up to be much higher than budgeted. And I would guess that the Queretaro train comes next, and hopefully it will be a bullet train. Building a bullet train from Mexico City-Queretaro-Leon-Guadalajara would make a lot of sense. But building further down the coast to Puerto Vallarta would be silly and prohibitive.