A new, ultra low cost airline is set to launch in Canada next year, and it will be headquartered in Calgary. The pandemic has had a drastic effect on travel around the world, leading to drastic drops in traveler numbers and forcing many airlines and travel related businesses to close, and so the news that a new low cost airline is set to launch is something that Canadians – and their wallets – can smile about at long last.

Launched with the aim of making travel more accessible for Canadians, the new airline – called Lynx Air – is hoping to change the notion that air travel in the country is inherently expensive by making it affordable for all travelers. Here’s everything we know about the airline, including its aircraft, its story and which markets they will be looking to penetrate in 2022.

Who’s Behind It? What Travelers Should Know

Lynx Air isn’t the only North American airline to have its launch in the middle of a pandemic. Leisure airline Aha! – which stands for air, hotel and adventure – released details of their inaugural flights at the start of October. Aha! was a new venture from the former airline ExpressJet, meaning there was a wealth of experience brought to the table for their launch – and it’s a similar story for Lynx.

Lynx Air was formerly known as Enerjet. Under its previous guise, the airline primarily worked as a charter airline with businesses in the oilsands, and so the change to a low cost airline is quite the change in direction – but thankfully they have some experience at the helm. Lynx’s president and CEO is Merren McArthur, who had previously worked as the CEO of low cost Australian airline Tigerair Australia, among others.

What Travelers Should Know About Lynx Air

The airline is named after the Canadian Lynx – a uniquely Canadian animal that is fitting for an airline that has designs on being unique in Canada. According to McArthur, Lynx Air hopes to bring the European model of ultra low cost flights over to Canada, to help both those who can’t afford to travel and those who would like to be able to travel more than they do at present.

Speaking about the airline, McArthur said:

“The model is about simplicity, efficiency and empowering customers to pay for what they want and nothing more. Air fares have traditionally been high here in Canada, and we at Lynx believe there are Canadians who can’t afford to travel or can’t afford to travel as often as they would like. Our à la carte pricing allows customers to pick only the services they want to pay for, so they can save on the journey and spend at the end, at the destination – where it counts.”

The airline is to be based in Calgary, where it is expected to create around 450 jobs. Whilst there is not yet much known about what routes they are planning to service, McArthur said that they would plan to target markets that were unserved, underserved and those that don’t already have low fares. The airline also hopes to one day add flights to the US and international flights to what will initially be short and long haul domestic offerings.

Lynx will be using Boeing 737 aircraft to fulfil their flights, with 46 of the aircraft leased and three expected to arrive in early 2022.

Top 8 Destinations To Book Your Ski Vacation In The U.S. and Canada This Winter 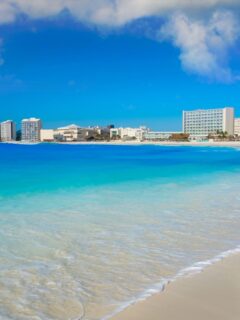 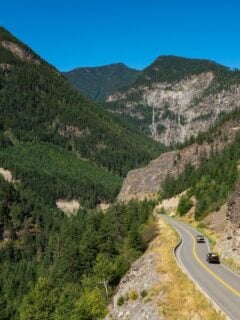 Next
Canada To Drop PCR Testing For Trips Less Then 72 Hours
Click here to cancel reply.