A new airline named Canada Jetlines will soon be departing from Toronto Pearson Airport to popular destinations in the U.S., Caribbean, and Mexico.

The new airline is targeting summer 2022 to begin operations from Toronto’s busiest airport. Their announcement of a summer start date comes shortly after Canada removed the pre-departure testing requirement for travelers, making international travel much more feasible. Another airline means more competitive prices, and who doesn’t want that?

Eddy Doyle, CEO of Canada Jetlines, stated: “This is an exciting day for Canada Jetlines as we name Toronto Pearson as our primary travel hub, in preparation for summer service. This partnership will allow us to better service both domestic and international travelers to and from Canada’s busiest airport. We are optimistic for the future of Canada Jetlines and aim to strengthen the aviation industry in Toronto and beyond, increasing job opportunities and economic growth in the region.”

The airline is proud to be Canadian and Boasts and all Canadian management team. While you can’t yet book a ticket with the airline, they are teasing the ease of their booking system by saying: “As we prepare to take to the skies shortly, we’re perfecting our system to provide you with a quick and efficient booking process to reserve your next getaway with Canada Jetlines. We strive to make air travel the best and most convenient it can be for the best value possible.”

This Isn’t Their First Go Around

Jetlines’ launch hasn’t exactly been smooth.  Since its founding in 2013, with operations initially scheduled to start in 2018. It planned to operate leased Boeing 737-800s and to fly from a Vancouver, British Colombia base. So here we are, almost 10 years later and on the opposite side of Canada, with a competitor aircraft, finally taking flight and connecting Canadians to their neighbors in the south.

No official destinations have been announced yet but the company is clear that they will be visiting leisure destinations. Their website states: “ The carrier was created to provide Canadian consumers with more value choices and travel options to fly to coveted sun and leisure destinations in the U.S., Caribbean, and Mexico.”

Mexico has become an uber-popular destination for tourists from around the world but especially people from the north as they need to escape the harsh winters. Pre-pandemic in 2018, over 1.5 million Canadians visited Mexico. It’s likely that those numbers will rise this coming year, especially as Mexico is experiencing its best tourism boom ever.

The country became the most visited country on Earth during the pandemic and it’s projected that some destinations, like Cancun, will completely sell out for this coming Easter weekend. Since it seems like Mexico’s popularity will be sticking around, it will be nice for Canadians to have more flight options from Toronto.

The United States is another one of Canada Jetline’s listed destinations. Again, with their focus on sun and leisure, we can expect them to fly to sunny destinations like Miami. Providing more choices for Canadian travelers itching to getaway

Still A Lot We Don’t Know

While it’s always exciting when a new airline bursts into the scene, there’s still a lot we don’t know about this one. They recently revealed their first plane with a custom paint job, and were cleared by Canadian authorities to begin flight training. It’s likely that we will receive some updates regarding booking packages before the summer begins. 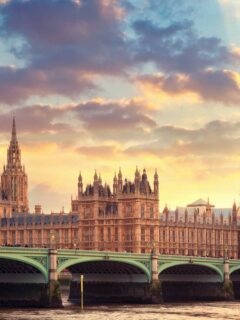 Previous
These European Nations Have Removed All Entry Requirements 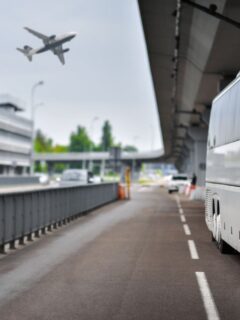 Next
American Airlines Adds Two New Routes But Will Be Operated By Bus
Click here to cancel reply.