After the closure of Wow airlines in 2019, Play will tread a similar path and offer similar cheap fares between North America and Europe.

Play started their service earlier this year with flights between Keflavik Airport (KEF) and London Stansted Airport (STN.) They quickly expanded to around 20 European destinations, and multiple members of Wow’s management team are running the business.

Play CEO Birgir Jónsson said, “Travellers around the world are hungry to venture to new destinations, and we’re proud to expand Play’s service to the United States, offering both American and European travelers a new way to reach iconic destinations.

“With our reliable and affordable flights, travelers can enjoy their holiday destination rather than overspending on the flight to get there.”

The New Flights Between The U.S. And Europe

Play airlines announced they would launch its U.S service from Baltimore/Washington International Airport (BWI) and Boston’s Logan Airport (BOS) to its entire European Network via its Keflavik hub.

It’s similar to how Wow operated before 2020. Flights from Baltimore will begin on April 20, and the service from Boston will start on May 11.

However, to mark the launch in the U.S market, Play is offering cheap introductory flights for as low as $109 one-way.

The cheap introductory flights to the following destinations are only available until Midnight Eastern time on December 24, 2021.

You can find the introductory fares on Play’s website.

It’s important to note that the discounted flight deal is only on the U.S departing trip when you book as a round-trip. You’ll still pay full price for the return flight. Nevertheless, Play’s cheap fares mean return fares will start at low base levels.

Play airlines have started operating at the following European destinations:

It remains unknown whether Play will start flying from the U.S to these destinations in 2022.

Who Are Play Airlines?

Play’s initial entry to the transatlantic market began in August after they applied to the U.S Department of Transportation for authority to begin passenger flights to the U.S east coast. However, the exact cities remained a mystery until now.

Play airlines have avoided the competitive London to New York JFK route, which features lots of established competition covering the budget end of the market.

Instead, they will depart to London Stansted from Baltimore/Washington airports and Boston Logan airports four times per week. There will be a 1 hour 25 minute and a 1 hour 50 layover, respectively.

Direct flights are generally better for the environment. So the new stopover routes in Reykjavik are unlikely to win any eco-friendly awards. Still, Play will use A321neo single-class configuration planes.

Manufacturers have designed these planes for fuel efficiency and feature no business or upper-class seats. As a result, these planes likely burn less carbon per passenger than legacy carrier jets.

Currently, the Omicron variant is creating travel restrictions in Europe. Traveling to Europe from the U.S. looked promising a couple of months ago, but now it’s a complicated process with different entry restrictions within every nation.

However, we all hope travel will be much smoother between the U.S and Europe by next April. 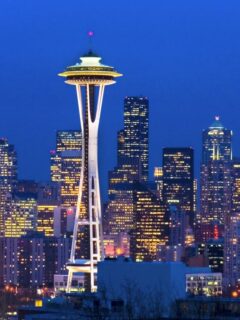 Previous
Top 10 Places To Visit In Seattle For 2022 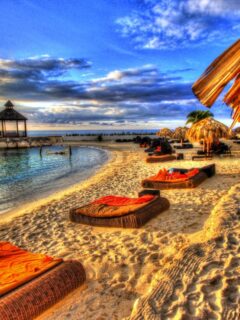 Next
Top 12 Tropical Destinations To Visit In 2022
Click here to cancel reply.

another year, another Icelandic airline with low fares.

I miss the Norwegian Air US -> Europe routes. :( Will have to try this one out!