Air Canada has just announced that they will be launching their first-ever direct flight to Southeast Asia – with the first non-stop flight from North America to Thailand in ten years.

The news came just yesterday (20 June), with Canada’s flag carrier – and largest airline – revealing that they will soon be transporting passengers from Vancouver’s International Airport directly to the Thai capital of Bangkok, and vice versa.

The flight is also the only non-stop flight connecting North America to Thailand – a nation that undoubtedly boasts some of the most idyllic islands on the planet, as well as a variety of destinations for those looking to travel a little ‘off path’.

When Will Air Canada’s Non-Stop Flight Route To Bangkok Begin?

For those looking to take advantage of Air Canada’s new direct route to Bangkok – which is undoubtedly one of Thailand’s top places to visit – you will have to wait until 1 December 2022, which is when the airline’s first-ever non-stop flight to a Southeast Asian destination is set to depart.

Flight time from Vancouver to Bangkok will last a whopping 15 hours and 55 minutes.

The route is set to be part of a seasonal service – with it running for around five months – from December (2022) through to April (2023).

See below for details of the first and last departing flights from both the cities of Vancouver, Canada, and Bangkok, Thailand.

How Frequent Will These Non-Stop Flights To And From Bangkok Be?

Air Canada’s new direct route connecting Vancouver, Canada, to Bangkok, Thailand, is set to operate four times a week – with details of the flight schedule as below:

Which Of Air Canada’s Aircraft Will Be Flying The Route?

Air Canada’s new non-stop route to and from the cities of Vancouver and Bangkok will operate using the airline’s Boeing 787 Dreamliner aircraft – with passengers able to choose from the below ticket classes:

When Will Tickets Go On Sale For This New Route?

It is already possible to book a seat on board Air Canada’s new direct route from Vancouver to Bangkok – and vice versa – with tickets already on sale.

You can check out the latest ticket options and prices by clicking here.

Air Canada also revealed yesterday (20 June) that they will be resuming their flight route between the Canadian city of Toronto and Mumbai, India – which will stop at London’s Heathrow airport en route.

Here are details of the reinstalled route – which will run on a daily basis – and is set to resume on 29 October (2022):

Toronto to Mumbai (via London)

Mumbai to Toronto (via London)

Air Canada also announced that they will be resuming (from 1 October) three weekly flights to the Indian city of Delhi – from Vancouver – as well as increasing their flight schedule to and from Vancouver to Australia (Brisbane and Sydney) and New Zealand (Auckland).

Thailand Drops The Thailand Pass For Easiest Entry Requirements Yet 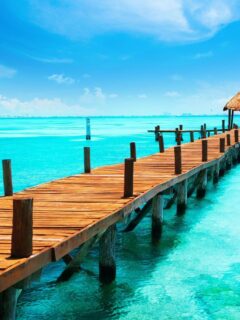 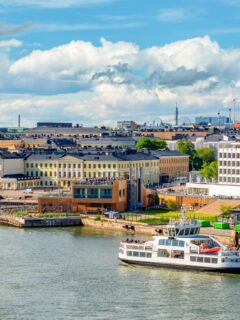 Next
Finland Is Open For Tourism As Country Lifts All Entry Requirements
Click here to cancel reply.