Once seen as one of the more peaceful and relaxing ways to travel, there’s now never a dull moment when it comes to cruising. From a Covid-19 enforced break that lasted more than a year, to lawsuits, mass cancellations and a recent resumption of operations, the cruise industry has been in hot water for well over a year now.

Yet whilst cruises may have resumed, the mess behind the scenes shows no signs of stopping as Norwegian Cruise Lines has filed a lawsuit over the states’ controversial ban on vaccine passports. Here’s what you should know about this story, plus a look at other lawsuits that have affected the cruise industry in recent months.

The CDC’s strict no sail order back in March 2020 meant that cruises were restricted from sailing in US waters for more than a year, effectively putting the industry on hold. However, a change of policy from the CDC led to more ships being permitted to get back out on the water and, for the first time in several long months, travelers are able to look forward to a cruise vacation once more.

However, the situation has been complicated by the fact that Florida has introduced a law that effectively bans the use of vaccine passports, making it difficult for ships to go ahead with their departures from the extremely popular cruise state of Miami. Despite the ban, some cruise lines are intending to go ahead with their plans to ask passengers their vaccination status, despite running the risk of incurring a fine of up to $5000 for each breach of the law. Two of the cruise lines refusing to budge are cruise giants Norwegian and Carnival – and Norwegian have ramped proceeding up a notch by taking the state to court.

The long-running feud between cruise companies and Florida took another twist in the week, when it had emerged that Norwegian Cruise Line Holdings had sued Florida’s surgeon general on Tuesday. Accusing the state of preventing them from being able to “safely and soundly” restart their operations in Florida as a result of the ban on vaccine passports, Norwegian claim that the ban is not valid due to the fact that pre-empts federal law and goes against several aspects of the constitution, including the first amendment.

In their lawsuit, Norwegian Cruise Line Holdings said the following:

Cruising is big business, and the inability to operate to their full capacities is costing cruise lines a serious amount of money – one report suggested that Norwegian, Carnival and Royal Caribbean combined have lost as much as $900 million each month since March 2020, whilst the state of Florida will also be losing huge amounts of money too.

This isn’t the first time Florida has been involved in a cruise-related lawsuit this pandemic. Just last month, a judge sided with the state over the CDC in a suit about cruise regulations, a decision that was hailed as a “major victory” by Florida’s governor, Ron DeSantis. Having proved to be successful in a court of law once already this year, it remains to be seen how the lawsuit with Norwegian will go.

Tips For Booking Your First Cruise 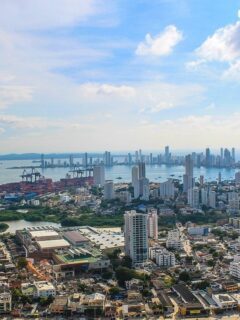 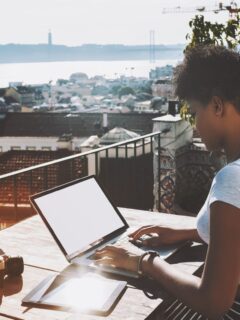 Next
The Best Places In Portugal For Digital Nomads
Click here to cancel reply.

It looks like the crazies are out in full-force today. God forbid you have one of your grandparents or relatives on a cruise where no one's vaccination status is checked and there is a nightmare outbreak scenario. You would quickly change your tune and start going after DeSantis rather than calling him such nonsense as a "hero".

Americans are such petulant and individualistic babies that they can't be asked to go to their local CVS for 15 minutes to get a shot and they instead listen to the morons peddling misinformation on their FB feeds.

By the way, if the cruise ships cannot check their passengers vaccination status, you can be absolutely sure that activities would be severely restricted on-board. Then you will have the whiners whining all about this, when it is squarely their fault in the first place.

@Adam, it's trying to ban safety. Florida is the only one looking for issues where they don't exist. Just get vaccinated and quit acting like babies.

Stay strong DeSantis. You are our hero.