`Sargassum seaweed continues to accumulate along Mexico’s Caribbean coast, with a number of beaches in the area battling an excessive landfall. Playa El Recodo, one of the most popular beaches in Playa Del Carmen, is one of those greatly affected, with local authorities announcing the natural attraction will remain off-limits temporarily.

Recently, Mexico has quickly started adding seaweed barriers to popular destinations around Quintana Roo, including Playa Del Carmen, in a desperate attempt to save other beaches from meeting the same fate.

While several tourist hotspots up and down Quintana Roo have all been affected by seaweed to some extent, it’s Playa Del Carmen that’s been making the headlines lately, as the natural phenomenon intensifies in the area.

In fact, local authorities have just announced that El Recodo beach, one of the top-rated in the resort town, will be closed for visitors and sunseekers for the whole of the upcoming Easter holidays, and until the cleaning work has been finished.

Currently, the Sargassum removal has been carried out daily, though the overwhelming volume of seaweed has led Playa Del Carmen officials to determine ‘it is not in a condition to be used by bathers‘.

Despite the town’s best efforts in preventing similar closures, it cannot completely avoid the arrival of seaweed, as temperatures rise and the algae reproduce on a larger scale. In late March, as much as 80 tonnes of seaweed were collected from beaches in Playa Del Carmen, and the situation has remained dramatic since.

Zofemat, the Federal Maritime Terrestrial Zone, which oversees natural phenomena in the area, has sent both workers and more machinery have been deployed to clean the beach, but decided not to re-open it to bathers for the time being.

Playa El Recodo features the iconic sandy beaches and crystal clear waters that are characteristic of the Mexican Caribbean, which makes its closure ahead of the highly-anticipated Eastern weekend all the more troubling.

Besides Playa El Recodo, the equally popular Punta Esmeralda beach will also remain closed to tourists, in order to allow the local dunes to regenerate and mitigate impacts on the color of the water.

Even though it received its first seaweed barrier as soon as early April, and ahead of other neighboring destinations, Playa Del Carmen has not managed to completely thwart the threat to its busy tourism season, with vacationers arriving for Mexico’s Semana Santa now having fewer beaches to choose from.

As reported by La Jornada Maya, over 200 workers have joined the Zofemat brigade in collecting Sargassum from the beaches. Other measures have also been taken, including the recruitment of several researchers, academics and scientists to assist the local government in managing the crisis.

Is Seaweed Dangerous To Bathers?

It is worth noting Sargassum is not particularly dangerous to beachgoers, unless they are swimming in seaweed-infested deep waters, as people have been known to get entangled in them and subsequently drowning.

Usually, it simply leaves beaches with a more unpleasant ‘polluted’ look, although its reproduction, which leads to accumulation on beaches, is a natural process attributed to a warmer water temperature. As they are bound to become hotter in the upcoming months, this will continue being a concern for tourists visiting the coastline of Mexico.

Local Ecology And Environment Secretary, Efraín Villanueva, has confirmed several sea vessels have been positioned strategically in the area to speed up cleaning, and a further 9-thousand meter barrier will be installed around the beach, on top of the already installed 2,700 meters.

Additionally, 4 tractors with sweepers will make sure any Sargassum that does reach the sandbanks is cleared, besides the usual monitoring of the Oceanographic Institute of the Gulf and the Caribbean Sea.

Is Mexico’s Tourism Season Under Threat?

Besides seaweed, the US Department of State also published a map detailing Mexican states Americans should avoid.

While Quintana Roo, which houses Playa Del Carmen, Cancun, Tulum, and many others was not classed as a particularly dangerous destination, US authorities now urge Americans to ‘exercise an increased degree of caution’ when traveling to the state.

An increase in crime in tourist zones is the main reason behind the revised travel advisory, and the seaweed itself, as previously stated, does not present a particular health threat to tourists. It should also not affect tourism in Quintana Roo, as destinations like Cancun are already sold out for the Easter period.

In spite of recent setbacks, Mexico has been increasing policing in beaches across the Riviera Maya lately, and taking other measures to ensure arrivals feel safe and have the best possible experience during their breaks. 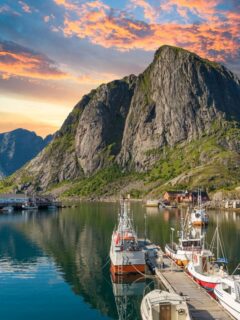 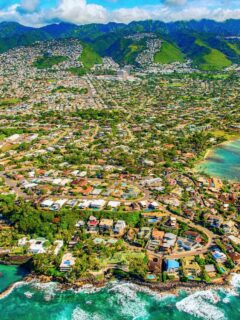