Now that border restrictions have been lifted, and severed air bridges between the United States and the island of Hispaniola have been re-established, Punta Cana looks increasingly likely to have a record-breaking winter. As things stand, the Dominican gem has already surpassed 2018’s previous all-time-high number of arrivals, and millions more are expected.

Punta Cana may already be a well-established vacation hotspot for American sun-seekers hoping to escape the harshness of the Northern Hemisphere winter, but its surging popularity knows no bounds. Every year, millions of them flock to the insular location, filling development areas and the town’s pristine beaches to capacity.

It has always been one of the top-rated sites for beach getaways in the Caribbean, yet this year, it is not only trendy but set to make History:

The Dominican Republic Enters Its Golden Era Of Tourism

As reported by Ernesto Veloz, President of the ‘Association of Hotels of the East’, a group of hoteliers based in the easternmost tip of Hispaniola, the upcoming winter, namely the peak travel season, will be ‘the best in the History’ of the Dominican Republic. Up until 2022, 2018 was the nation’s best-performing year on the tourism front.

It’s a fact the strict border curbs applying to visitors throughout most of the health crisis, affecting mainly non-immunized Americans, didn’t do Dominican tourism any favors, judging by official figures posted in the last two years. That has been the case with nearly every major international destination.

Punta Cana is no exception.

With the exception of Mexico and a handful of others, Latin American countries imposed anti-tourism measures in their bid to stop the virus in its tracks – and some still do. Luckily, the Dominican Government joined Mexico in doing away with all stringent rules earlier this year, and it’s clear to us the results have been remarkable.

Proving an open border policy is the best approach moving forward, both for the local communities and the economy, Dominican tourism has entered a golden era, smashing its own record of monthly visitors as early as May – only one month after restrictions were loosened – and turning into one of the fastest-developing Latin hubs.

So far, more than 100 all-inclusive resorts have opened across the country. There are more to come, including the first W Hotel & Resort, who’s found a home in Punta Cana and eyes a 2024 debut. Interestingly, more than 70% of them are located in Punta Cana and other easternmost provinces, further asserting the town’s dominance over Santo Domingo.

2021 peaked at 3.3 million, but 2022 has already seen 5,334,291 tourists between January and September: in other words, the country outperformed 2018 three months earlier than predicted, and even more surprisingly, long before winter started. Effectively, this means expectations were blown through the roof, and older estimates no longer apply.

At this stage, it’s hard to predict how many guests Punta Cana, the number one Dominican retreat, will welcome before the year is up, though it could approach seven million or higher. According to Mr. Veloz, the success of the DR can be attributed to the ‘publicity work and the ‘excellent condition’ of the hotel plant.

He also pointed out that resorts affected by Hurricane Fiona, which battered the region this season, will reopen. Additionally, Punta Cana Airport has been renovated, currently awaiting the opening of a new terminal that will enable more flights to be hosted should demand increase further: ‘we are totally ready for everything that may come‘, concluded Veloz.

It still looks unlikely Punta Cana will beat Cancun, a Caribbean leader in all respects, to become this year’s best-selling sunny package, based solely on the latter’s winter capacity, but it is by far the most affordable option out of the two, with the average cost of a five-star overnight averaging $422 against Cancun’s much costlier $505.

For all the latest Punta Cana updates on Travel Off Path, please refer to this page. 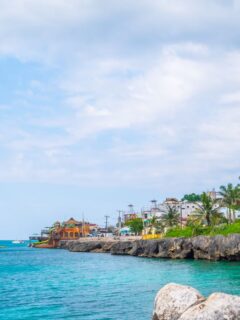 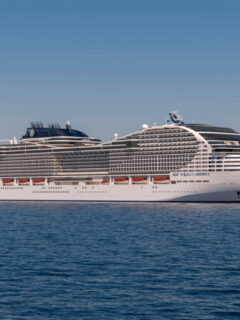 Punta Cana is also a popular destination among Canadians families and adults alike. Adults Canadians are particularly interested in all-inclusive adults-only resorts for holiday or honeymoon gateway It's a great resources of lodging ideas.