Cruise industry giant Royal Caribbean have released information about a record breaking mega cruise that the cruise line is set to offer to travelers in the next few years. No stranger to doing things on a larger scale – with some of the world’s largest cruise ships belonging to Royal Caribbean – the planned cruise will become the longest around the world cruise in history should it be successfully completed.

This statement of ambition by Royal Caribbean shows just how much the cruise industry’s situation has improved in recent months, with some wondering if it would ever be the same following months of a no sail order brought about by the Covid-19 pandemic. Here’s a look at everything you need to know about the mega cruise planned by Royal Caribbean.

“Get ready for the news of a lifetime. A big announcement is on the horizon. Stay tuned!”

Speculation about what the news could be was rife online, with some predicting it would be changes to the vaccine mandate or a drinks package. However, the news was far more exciting for cruise lovers.

Royal Caribbean announced that they would be offering the “longest and most comprehensive” world cruise in history. Set to take place on their Serenade of the Seas ship, the cruise will begin on December 10th, 2023, departing from Miami. Throughout the course of its planned length of 274 days, the cruise will visit more than 150 destination – from traditional cruise favorites to some of the world’s most popular destinations – before coming to a close in Miami on September 10th, 2024.

Long, around the world cruises aren’t exactly new to the travel industry, but this planned offering by Royal Caribbean takes it to another level. The previous attempt at a world record cruise was offered by Viking in August 2019. Planned to be 245 days, the cruise was curtailed early in March 2020 due to the outbreak of the pandemic, two months short of its planned finishing date.

Speaking about his company’s new offering, Bayley described it as a solution for those who can’t decide where to travel. He said:

“This is the world cruise of world cruises. Now more than ever, people have resolved to travel the world and make up for lost time. Royal Caribbean is making that a reality with the ultimate vacation that welcomes those seeking adventure and exploration to taste, dance and dream with us around the world. To travelers asking themselves where they should go next, we say everywhere.”

The cruise will take in all 7 continents, calling at more than 150 destinations in 60 countries. The cruise is also split into four sections, with travelers available to join for just one section if they don’t want to take part in the full, 274-day cruise. The sections are:

Tickets for the full cruise are available from $60,999 per person – a hefty price for any traveler, but maybe a small price to pay for the trip of a lifetime. Royal Caribbean is also working on resuming the bulk of its regular cruise operations, with 14 cruise ships currently sailing and three more set to return to service by December. 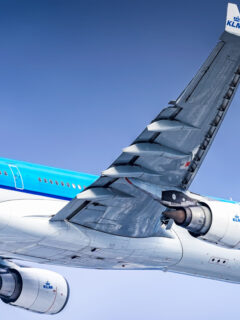 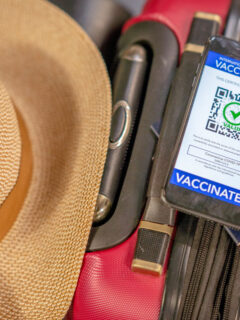