Royal Dutch Airlines (KLM), the flagship carrier of the Netherlands, has announced that it will expand its transatlantic capacity to the U.S. this winter as it reopens to European travelers.

KLM Resuming Most Of Its Pre-Covid Flight Network

After the United States confirmed November 8th as its reopening date for travelers from Europe, KLM announced that they would increase capacity on that date to several popular U.S. cities.

For its European network, KLM said it has seen “a sharp rise in demand for both holiday and business travel.” As a result, the carrier plans to operate about 84 percent of its pre-pandemic European capacity over the winter.

KLM also said they have seen a sharp rise in demand for flights to the Caribbean, and there are signs of recovery in South America.

Overall, intercontinental flights will be operating at around 75% of capacity this winter compared to winter 2019.

“After more than 18 months, more and more borders are reopening and we are well on the road to recovery. KLM is delighted that we can once again offer passengers so many destinations. We look forward to doing what we do best: bringing people together. Travel is all about personal connections, and that’s what KLM stands for!” said Pieter Elbers, KLM President and CEO.

United is also expecting a surge in bookings from the end-of-year holidays and recently loosened international travel restrictions.

“We’re solidly on track to achieve the targets we set for 2022.”

“From the return of business travel and the planned reopening of Europe and early indications for opening in the Pacific, the headwinds we’ve faced are turning to tailwinds.

United said it expects to sell about 5 percent more tickets next year than in 2019, as international travel picks up.

The price of jet fuel has doubled over the past year, with the excess costs expected to be pushed on to passengers in the form of more expensive ticket prices as airlines try to recover from the pandemic.

U.S. Issues Level 4 ‘Do Not Travel’ Advisories For 11 EU Countries

TSA Vaccine Mandate May Cause Long Wait Times For Travelers In The U.S. 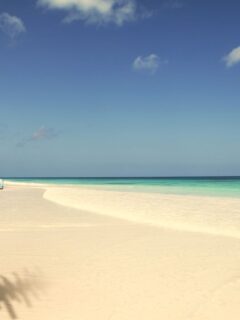 Previous
Top 7 Places To Visit In The Bahamas 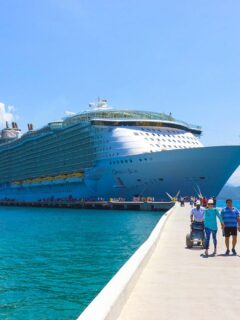