The Reason You Will Be Paying More For Flights This Winter

A significant rise in the cost of fuel for airplanes could well result in the price of tickets rising considerably for travelers. The price of jet fuel has doubled over the past year, with the excess costs expected to be handed down to passengers in the form of more expensive ticket prices across the board as airlines try to survive what has already been a turbulent 18 months for the industry.

The news is bound to be a cause of concern for both airlines and travelers alike. Not only did several airlines fail to survive the pandemic, some have only recently launched, whilst the unfortunate news also comes just as restrictions around the world were starting to be eased. Here’s a look at the fuel crisis, what it means for travelers, and why some airlines may be better equipped to deal with it than others.

The price of jet fuel around the world has surged up throughout the pandemic. A factor that airlines cannot control, the price rise is set to cause significant harm to airlines’ efforts to return to normality, and could see fewer travelers taking flights than was previously expected, after restrictions around the world began to be eased once more following a fall in cases and a rise in vaccination numbers.

According to the International Air Transport Association’s (IATA) jet fuel price monitor, the price of airline fuel jumped 3.7% around the world in the past week, and is now 17.8% higher than it was last month. A large enough monthly rise in its own right, the gravity of the situation is clearer when comparing the price with this time last year. Compared to last year, the price of fuel is 118.7% higher, meaning airlines face a significant outlay just getting airplanes off the ground and into the air.

Speaking about the impact that such increases could have on airlines, Delta revealed that a 5 cents increase in the price of fuel could cost as much as $40m, adding that fuel prices already accounted for as much as 20% of the airline’s operating expenses in the third quarter. Referencing the rise, Delta’s Chief Executive, Ed Bastian, said “There’s nothing we can do to keep fuel prices down,” adding “What we need to work on is our ability to include that in our pricing.”

A rise in ticket prices would be unfortunate timing for travelers. Following the easing of restrictions, a busy winter of travel between the US, the UK and the EU was predicted by many in the travel industry, with flights to Europe recently being some of the cheapest for several years. Should ticket prices rise too much, it could lead to further stagnation in the industry.

Whilst it might be too soon this year, some airlines have already taken steps to ensure that they are better protected against the fluctuating price of airline fuel. British Airways recently completed its first carbon neutral flight, with the use of sustainable aviation fuel – made from recycled cooking oil – a significant factor in achieving the feat.

Several US-based airlines have also gotten in on the act. Delta, JetBlue and United have each recently placed significant orders for sustainable aviation fuel in the past few months, which will hopefully prevent price spikes for passengers as well as releasing less carbon emissions into the environment. 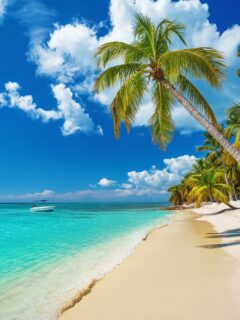 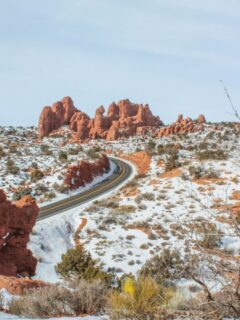