Once set to be amongst the first of the pandemic-inspired travel bubbles, the proposed travel corridor between Singapore and Hong Kong never got the chance to take off following a spike in cases in Hong Kong. However, around half a year after it was initially scheduled to operate, the long-awaited travel bubble between the two countries is finally expected to be in operation next month. Here’s a look at why it was originally cancelled, details about the travel bubble itself and what this could spell for travelers in the future.

Bubble Burst – Why Did It Take So Long?

Heralded as a safe way to travel between the two countries, the Singapore-Hong Kong travel bubble was scheduled to start on November 22nd, 2020. It signified hope in the fight against Covid-19, as it was set to become a bubble that allowed leisure travel, rather than just travel for business or other purposes. However, the bubble soon burst.

Just hours before it was scheduled to begin, the travel bubble was put on hold indefinitely, following a spike in cases in Hong Kong. A blow for travelers in both countries, it was postponed with safety in mind as both countries wanted to minimize the risk of spreading the virus further, leaving travelers with no option but to take a non-travel bubble flight.

The Bubble Is Back – Information For Travelers

For those in Singapore and Hong Kong, their patience has finally paid off. Just today, it was announced that the travel bubble is set to go ahead at long last on May 26th, six months after it was originally scheduled to get the go-ahead. It will be the second travel bubble of its type in the region, following the launch of a travel corridor between Australia and New Zealand that started on April 18th.

“I am happy that Hong Kong got the Covid-19 situation under control. It has been a long few months, but the conditions are now ripe again to re-launch the ATB”.

The ATB is small in its scale, but it could well develop into a concept that services thousands of travelers. Initially, it will consist of just one flight per day from each country, carrying a maximum of just 200 passengers. Those coming from Hong Kong need to be vaccinated, whilst all travelers are expected to take a test within three days of their departure, and once more upon arrival.

The ATB is open to any traveler, providing they have not visited any other countries in the 14 days prior to their departure. Contact tracing apps for both Singapore and Hong Kong must be downloaded by the travelers, which will store data for 31 days. The ATB will be suspended for a period of two weeks should the seven-day moving average of the daily number of unlinked local cases exceed five in either country.

A Solution To Travel Woes?

When the ATB starts on May 26th, it is bound to have the eyes of the travel world on it. Just as other regions around the world gear up to restart tourism once more, a successful travel bubble in Asia could well be the blueprint for other countries to replicate, whilst a failure could be the final nail in the concept.

Vaccinated Americans can skip testing/quarantines in these countries 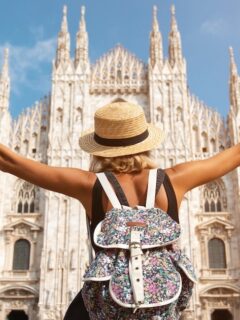 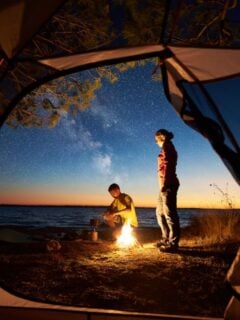 Next
Top 10 U.S. Places to Camp This Summer
Click here to cancel reply.

It will work this time as long as no one gets the sniffles ever again!