After teasing it for months, Spain is looking set to finally write into law its long-awaited Startup Act in early 2023, opening a new migration route for foreign workers who might fancy a move to the country, including digital nomads. While it doesn’t carry this particular name, the new regulation is, in effect, an equivalent to a Digital Nomad Visa (DNV).

This year, several countries in Europe began opening up to nomads, including the tourist hotspots of Greece, Italy, Croatia and Albania, who all have the advantage of being located in the continent’s sunny south, and a pleasant, temperate climate year-round. Spain, on the other hand, had been the only missing piece on this wider Mediterranean puzzle.

Luckily for nomads enamored with the Iberian nation, they will soon be able to stay longer than 3 months, as long as some requirements are met:

Are You Eligible For Spain’s DNV?

Spain’s Startup Act had been making the rounds for years before a final draft was finally adopted in late 2021, triggering a ratification process that saw long debates, and multiple delays as the Spanish Parliament sought to perfect it. Now, it has passed the ‘lower’ House of Government, and should finally enter into force in January 2023. But what does this mean?

The Ley de Startups will allow foreigners from outside Spain and the European Economic Area to apply for a residence visa on the basis of being a remote worker, either self employed, or an employee in a non-Spanish company registered outside Spain. That’s the sum of it, but there are other requirements that are worth going over:

For instance, unlike employees, self-employed nomads are allowed to offer their services to Spanish companies, but only partially, with up to 20% of all declared income originating from within Spain. There is a reason for that: this law is being approved in order to attract foreign investment without taking jobs away from locals, which leads us to the next item.

There are, of course, income requirements to be met. According to law firm Global Citizen Solutions, visa applicants must earn at least twice the amount the average worker in Spain is paid. This means having at least €2100 (or USD2207.78 at the current conversion rate) of ‘verifiable income’ monthly, though the actual financial threshold could be even higher.

Global Citizen Solutions suggests a round figure – €3000 – but this is yet to be confirmed by Spanish authorities. While it is certainly more bureaucratic, and harder to obtain than a developing country’s DNV, Spain’s new visa is bound to be a hit, seeing that the coastal city of Valencia has just been named the best destination for expats worldwide.

As for the duration of the visa itself, it is still up to speculation, though other DNVs issued by Spain’s EU counterparts range between one and two years, and they are usually renewable for more years once the initial period has elapsed. We are not able to verify these information right now, seeing that the visa is yet to be launched, but Global Citizen Solutions reiterates that:

*If you’re an American, but hold a second EU, EFTA (Norway, Iceland, Liechtenstein) or Swiss nationality, you do not need visas to move to Spain

Spain is also an expensive country to live in, so it’s understandable they would expect nomads to earn well above the minimum wage. After all, the whole point of nomad visas is to attract self-sufficient entrepreneurs with enough money to positively impact local communities, without increasing the burden on an already-stretched public sector.

Perhaps the best thing about applying for a DNV in an EU member – or rather, a Schengen Area state – is the fact that it grants the visa holder unlimited access to all 27 countries in the border-free zone. In other words, once your DNV is approved, you have a free pass to travel most of Europe without worrying about overstaying and being punished for it.

As a common rule, Americans can only remain in Spain, and on an extent, the territories of the European countries applying the Schengen acquis, for only 90 days in every 180-day period. Once those three months are used up within any six months, they are required to exit the area, and are unable to return to any of the 27 members for a further 90 days.

If traveling Europe as you work remotely is your goal, then a Digital Nomad Visa, be it Spain, or Greece, or Portugal, or any country participating in Schengen, could prove extremely useful to you. We do not know at this point, however, whether visa holders will be required to maintain a residence in Spain specifically for a certain number of months every year.

Some of the top destinations to consider when moving to Spain are: 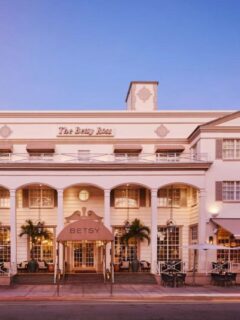 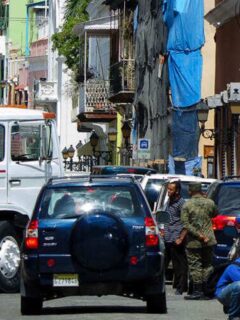 Next
These Are The 7 Most Dangerous Countries In The World To Drive
Click here to cancel reply.

Thanks for your article. If we are a young family when both parents are freelancers and both make let's say 2000 a month, can the application still be made? I am asking since I read that the main applicant has to have a higher salary to include cost of spouse and kids. Thanks a mil for your time.

How can we apply for it

Its better fir us

@Farrukh Hasan Khan, can we apply for it on germany