Data interpreters hired by The Swiftest have ranked the top 7 most dangerous countries to drive, based on the latest road traffic statistics compiled across the world’s most-visited destinations. Interestingly, the least safe of them all is one of America’s favorite sunny hotspots, set to host a record number of tourists this winter.

A majority of destinations in the Western World have an excellent network of buses and trains, allowing visitors to reach all of the most popular hotspots without having to drive, or even fly, but a far greater number in the Global South relies on underfunded public transportation, and poorly-planned road systems to ensure the movement of people.

In certain locations, renting a car is the only viable option, but driving in a paradise island, as scenic as it may be, does not come without risks:

In order to compile their list, The Swiftest compared ‘seven different factors’ for 50 of the world’s leading destinations, reflecting a country’s social well-being, infrastructure and safety. All factors were calculated based on the rate of occurrence of select adverse events per 100.000 residents, gathered from widely accepted official sources.

The rates for homicide, for instance, were extracted from the United Nations Office on Drugs and Crime, while road traffic fatality data are attributed to the World Health Organization’s (WHO) latest estimates. In assessing road safety, the company adopted a grading system from A+ to F – A+ being the safest, F the ‘deadliest’.

In total, seven countries were graded ‘F’, led by one of America’s favorite Caribbean retreats:

Traffic Related Fatalities Are Surprisingly Common In The Dominican Republic

With a lead of 28.7 points, the Dominican Republic (DR) is the most dangerous country for driving, being named by WHO the worst for traffic accidents per inhabitant in the world. According to the entity, the leading cause of death in people aged 15 to 29 in the DR is fatal car collisions, surpassing figures for at least three underdeveloped African countries.

In the DR, the annual deaths related to traffic average 3,000, a higher rate than those of Zimbabwe, Liberia and Eritrea, and even Venezuela, a fellow Latin American partner. None of these are enlisted by The Swiftest, as their focus is popular tourist destinations. Due to the their low, or unavailable tourism figures, they do not feature here.

Other countries on the list include the trendy Saudi Arabia, an overtouristed Thailand, Vietnam, ranking at number four for traffic-related deaths in spite of its status as one of the safest Southeast Asian countries to visit – at least when it comes to violence and petty crimes – and South Africa, where the death rate is 22.2 per 100.000 inhabitants.

Safety Tips For Driving In The Dominican Republic

Although most foreign visitors to the DR will not leave their point of entry, be it La Romana, Puerto Plata or the luxurious hub of Punta Cana, those who do wish to explore more off path gems in the Hispaniola nation must take their chances in local buses, which may have limited frequency, or not arrive on time, or of course, arrange private transportation.

The country allows Americans to rent a car in the country upon presentation of a valid state-issued driver’s license, yet these rules must be respected in order to avoid run-ins with the local police:

Pretty standard advice, and in general, renting cars in the DR is perfectly safe as long as it’s a reliable car rental company. Checking Google reviews in advance, as well as contacting your travel agent ahead of booking is advised. Nevertheless, Americans should be cautious when driving on some of the busiest roads, such as the Autovia del Este.

The Autovia connects the capital city of Santo Domingo to Punta Cana and the touristy East coast, and heavy traffic is expected over the winter period. Getting insured for accidents is still the smartest thing to do when traveling to the Dominican Republic, especially if you’re planning on driving between different cities.

What Are The Safest Countries For Driving?

Among those countries graded ‘A+’ or ‘A’, or the safest to drive, we have: 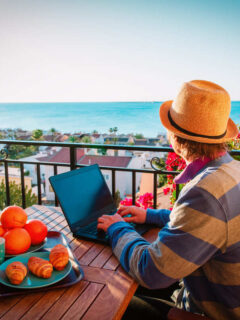 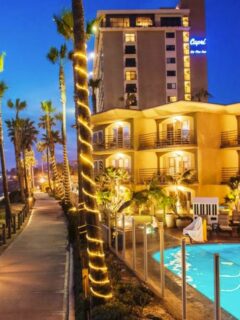 Yeah I was in DR, they drive like crazy. but crossing the street is safe (at traffic lights)