A recent survey has revealed the travel intentions of both vaccinated and unvaccinated Americans for the upcoming Fall period and holiday season. The travel survey, created by the marketing communications and technology company MMGY Travel Intelligence as part of its Portrait of American Travelers series, was distributed to travelers in July, and is the company’s most recent survey in the series following their insightful survey last April.

Whilst perhaps unsurprisingly the survey revealed that the demand for travel has increased once more for both vaccinated and unvaccinated travelers, it also revealed that there were several major differences highlighted between the types of travel options the two groups planned to take. Here’s a look at the results of the survey, how its results compared to the results of the last survey in the series and what it could mean for travel in the near future.

The results of the travel survey revealed that amongst both vaccinated and unvaccinated travelers, both the demand and appetite for travel continue to grow. Longer-term, demand for travel is unchanged, with 73% of respondents indicating they will take a vacation in the next six months compared to the previous survey’s 72%. Short term however, there is more of a difference. Of those who were surveyed back in July, 53% planned on taking a vacation within the next three months – a slight increase on the 50% that said they intended to travel in the last survey back in April.

Yet whilst more may have responded positively to the idea of going on a vacation, current data shows that the number of people taking flights has fallen. According to the TSA’s data on the number of passengers heading through screening stations, August saw a disappointing fall in traveler numbers to well below what many in the industry predicted this summer. Whilst anomalies did exist, such as Labor Day​ weekend experiencing a large volume of travelers, the next couple of months would have to show a notable increase in passenger numbers if the survey results are to become an accurate prediction.

The survey also indicated that vaccination status has had little effect on travel plans. Of those surveyed, 80% of the vaccinated respondents planned a leisure trip in the next six months compared to 81% of those who had no plans to be vaccinated.

Given the survey was completed in July, these figures may have changed given the Covid-19 situation domestically and the restrictions recently placed on American travelers. The survey revealed that for the majority of respondents, vaccination requirements were likely to affect where they traveled to, whilst millennials were the group who were least likely to let such restrictions affect their travel plans.

Finally, early figures suggest that travel could well be on the cards once more in the holiday season. The results showed that 42% of adults planned to travel for either Thanksgiving, Christmas, Hanukkah or Kwanzaa, with the figure as high as 61% amongst millennials. Of those with holiday plans, 42% planned to travel 500 miles or more. 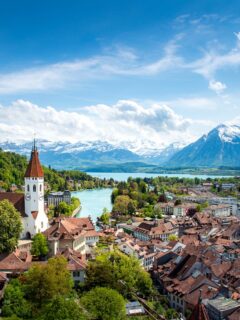 Previous
Switzerland To Require Proof Of Vaccination For Indoor Activities 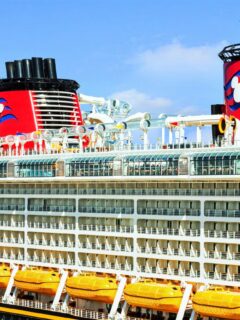 The fact is I want to travel but I do not, under any circumstances, want the shot. I can under why some people got it, but it’s not for me. The government forcing people to get it is so embarrassing and unconstitutional. The more they push it, the angrier and more averse to getting it we’ll become. People who declined the covid vaccine will still travel, but they’re making it hard for us and segregating us like second class citizens for an ineffective vaccine, which is ridiculous.