A shortage of Covid-19 tests in the UK has led to the country’s planned travel restriction updates being delayed for a few weeks. The updated rules, which were only announced days ago, were warmly received by both the UK’s holiday starved travelers and its customer starved travel industry – but now both parties will be forced to wait a little while longer until the UK manages to get its hands on more tests.

Testing has remained a constant thorn in the side of British travelers, with the government’s relentless insistence on testing at every opportunity proving to be a barrier to affordable travel for many British travelers, making the shortage of tests just the latest chapter of what has been a long, drawn-out saga for all involved. Here’s a closer look at the issue, plus a reminder of the UK’s travel restrictions at present.

Since the onset of the pandemic, the testing for Covid-19 has proved to be a large part of any country’s entry restrictions, in order to ensure that they are not importing cases of Covid-19 across their borders. The UK has used PCR tests extensively, for both vaccinated and unvaccinated arrivals into the country and, whilst its government faced criticism from its citizens for the high cost of these tests, they never faced any particular shortages of testing kits. However, now that the country plans to move away from PCR tests and towards lateral flow tests, there is an issue of supply.

Under the current restrictions, both vaccinated and unvaccinated travelers heading to the UK from abroad have to take one PCR test pre-departure and purchase two on-arrival tests to take on day 2 and day 8. However, the updated travel restrictions announced by the British government last week will see travelers able to take a lateral flow Covid-19 test instead of a PCR test – an option that is much cheaper for travelers, with the high price of PCR tests proving to be a sore point in recent months.

The scale of the lateral flow test supply issue was revealed yesterday, when the British Transport Secretary Grant Shapps was addressing the Travel Select Committee in the UK’s Houses of Parliament. The minister has been under pressure, following calls from the travel industry for the government to reveal when exactly the changes will take place. Addressing the issue, the minister said it would take several weeks to switch from PCR tests to lateral flow tests.

Shapps explained to the committee that it will take some time for test producers to provide lateral flow tests as the primary focus throughout most of the pandemic has been the production of PCR tests. “My understanding is that the ramp-up of supply of lateral flow [tests] through the private testing sector has some way to go [since] they have been almost entirely been involved in providing PCR [tests] currently.”

Answering why there was a lack of these tests available – given that many of the private testing providers also offer lateral flow tests as well as PCR tests at present – Shapps revealed that it was a matter of scale. “We go from a situation where they are providing a low number of thousands, to probably millions of tests very quickly and need a few weeks to scale upon it,” the minister said, before explaining that delaying the rule change would ensure that it comes into effect without a hitch.

News of the delay in restriction update is bound to worry British travelers. In the days following the announcement, travel bookings surged – particularly for dates in the October school half-term – a date that is just weeks away. However, the Transport Secretary added that he was aware of school half-term dates and understood the speed required to implement this change – meaning holidaymakers might not need to worry just yet. As of yet, no date has been confirmed. 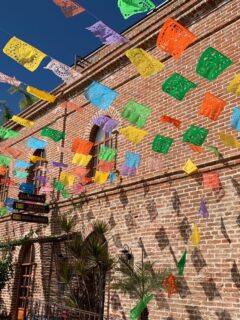 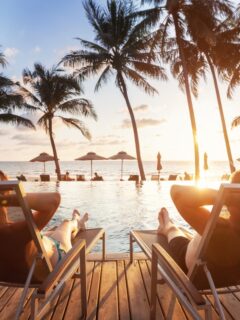 I feel bad for the residents of the UK. they have gone through a lot during the pandemic