Several airlines and travel companies that operate in the United Kingdom have reported a surge in travel bookings and interest in traveling over the past few days, following the UK’s decision to update and relax its travel restrictions. The updated rules saw the UK abandon its controversial traffic light system for managing international travel, and gave vaccinated individuals fewer obstacles when it came to traveling.

Up until now, many have accused the UK of failing to fully capitalize on its vaccination status, with the UK reporting high numbers of vaccinated citizens in the previous few months. The recent uptick in bookings could see the travel industry in the UK and Europe revitalized – though it could be too little too late. Here’s a closer look at the UK’s burgeoning travel activity, and how it comes as a result of the UK’s updated travel system.

Just a few months ago, it looked as though a summer full of travel was on the card for millions of Brits as it looked like the worst of the pandemic was over. A rise in vaccination levels, coupled with a new traffic light system to coordinate international travel, suggested that British travelers were set to be the envy of the world when it came to options for summer vacations. However, as cases rose once more, and the traffic light system turned out to be more prohibitive than initially thought, such hopes failed to materialize.

Last week, however, brought renewed hope to the beleaguered British travel industry following the British government’s decision to revamp its system for international travel. The traffic light system faced dramatic changes, with just the red list – the list of the most high-risk countries, from which travelers have to quarantine on their return – the last remnant of the color-coded system. The green list and amber lists of countries have been removed completely from the new system.

Set to come into effect from October 4th, the updated travel system has also removed the requirement for fully vaccinated travelers to perform a Covid-19 test upon their return to the UK, providing they are not coming from a red list country. The changes have made international travel a much more appealing prospect for British travelers – and both airlines and travel companies have already reported that the changes have had a positive impact on travel.

Speaking on Friday, British holiday company Thomas Cook revealed that customers were already booking holidays “in their droves,” and that it was their second busiest day of the year. The company also revealed that October half-term bookings were three times higher than they were in August, suggesting a strong end to the year for the industry, whilst they predicted that the weekend would be their busiest of the year so far.

Airline and tour operator Jet2 also reported a lot of activity, with chief executive Steve Heapy describing the response by consumers as “phenomenal.” Heapy also went on to say that customers had purchased holidays for a range of locations, with the October half term proving to be a popular vacation time for those booking.

Tui, the travel and tourism group reported that it had seen an “uptick in bookings” for holidays to Turkey, a destination that had previously been on the UK’s red list, whilst Skyscanner reported a spike in web traffic in the immediate aftermath of the changes being made. Whilst the changes may have come later than many would have preferred, for British travelers at least a sense of normality has been restored. 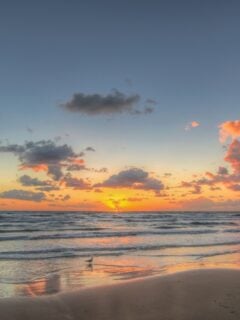 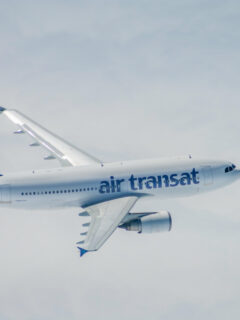 Thanks for the heads up. I'm excited to visit UK but nervous at the same time lol